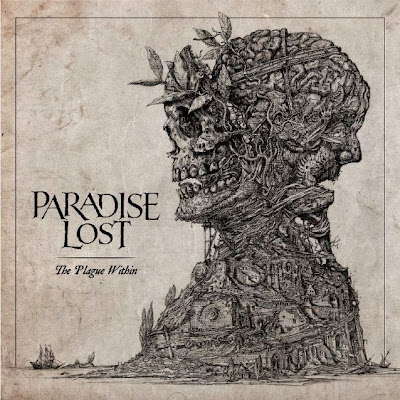 Now returning with opus number fourteen “The Plague Within”, PARADISE LOST are once again refining the chemical equation to their sonic alchemy with the kind of creative invincibility few can deliver, this can clearly be heard on the first single and video "Beneath Broken Earth".  Really looking forward to spin “The Plague Within” on the turntable soon, with the first taste it sounds really good (:, the album is produced by Jaime Gomez Arellano (GHOST BC, ULVER, CATHEDRAL) and visually rounded-off by art courtesy of Zbigniew M. Bielak (WATAIN; BEHEMOTH).

PARADISE LOST are a gothic metal band that formed in 1988 in Halifax, England and are considered by some to be one of the pioneers of the gothic metal genre. PARADISE LOST has proven to be an influential band, with Jonas Renkse of KATATONIA saying that his band started off "as PARADISE LOST fanboys".

Their line-up has remained stable for such a long-standing heavy metal band, consisting of singer Nick Holmes, guitarists Greg Mackintosh and Aaron Aedy, and bassist Steve Edmondson. Holmes and Mackintosh are the principal composers, with almost all of the band's songs credited to them. During the years, the band has only changed drummers. 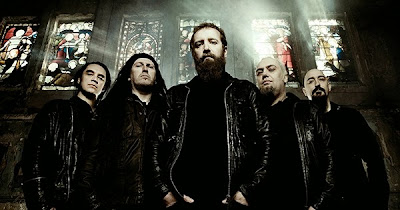 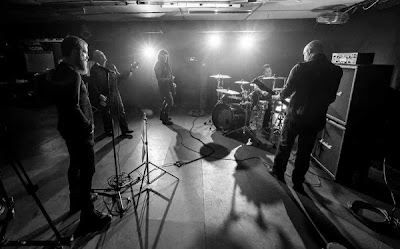 Speaking to Rock Sins, Nick Holmes stated that the new album would have elements of all previous Paradise Lost material including a return to the death/doom of their early output, stating that "there’s some songs that could’ve been written in 1989, a couple of really old school doom/death songs which are gonna surprise a couple of people when they hear it".

The Artwork is done by the Polish illustrator Zbigniew M. Bielak


Born in 1980 in Cracow, Zbigniew M. Bielak is a Polish artist and architect, best known in the musical realm for his record cover illustrations, which among others include meticulously handcrafted artworks of WATAIN, GHOST, VADER or ABSU albums. 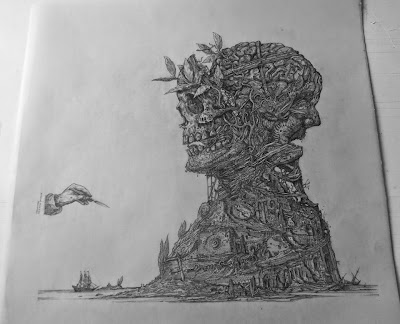 Paralelly to that his artistic output is mostly focused on encyclopaedic, archaeologic and architectural illustration, and has crossed multiple mediums within art including drawing, oil and acrylic painting or serigraphy, with the pursuit of historical coherence and attention to detail being clearly focal points of his varied stylistic leanings.

No Spotify Yet, will update up on release.