B.B. King - The Thrill Is Gone 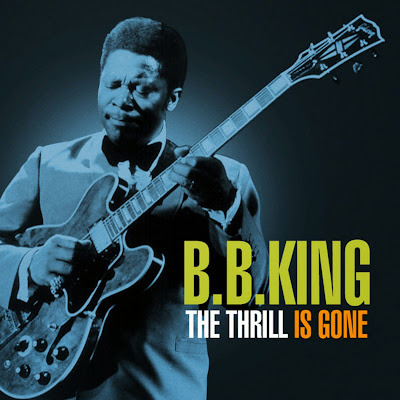 After the cancellation of the remaining eight shows of his 2014 tour because of health problems, King announced on October 8, 2014, he was back at home to recuperate. On May 1, 2015, after two hospitalizations caused by complications from high blood pressure and diabetes, King announced on his website that he was in hospice care at his home in Las Vegas, Nevada. He died in his sleep on May 14, 2015 from a series of small strokes caused by Type 2 diabetes. 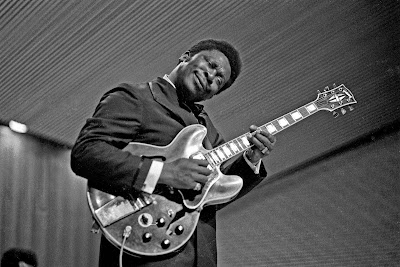 B.B. King is the greatest living exponent of the blues and considered by many to be the most influential guitarist of the latter part of the 20th century. His career dates back to the late forties and despite now being in his eighties he remains a vibrant and charismatic live performer. B.B. King has been a frequent visitor to the Montreux festival, appearing nearly 20 times, so choosing one performance was no easy task. This 1993 concert will surely rank as one of his finest at any venue. With a superb backing band and a great set list its a must for any blues fan.

King was married twice, to Martha Lee Denton, 1946 to 1952, and to Sue Carol Hall, 1958 to 1966. The failure of both marriages has been attributed to the heavy demands made on the marriage by King's 250 performances a year. It is reported that he fathered 15 children and, as of 2004, had 50 grandchildren. He lived with Type II diabetes for over 20 years and was a high-profile spokesperson in the fight against the disease, appearing in advertisements for diabetes-management products along with American Idol season 9 contestant Crystal Bowersox.

King was an FAA certificated private pilot and learned to fly in 1963 at what was then Chicago Hammond Airport in Lansing, Illinois. He frequently flew to gigs but, under the advice of his insurance company and manager in 1995, was asked to fly only with another certified pilot. As a result, he stopped flying around the age of 70. External video Oral History, B.B. King reflects on his greatest musical influences. interview date August 3, 2005, NAMM (National Association of Music Merchants) Oral History Library

King's favorite singer was Frank Sinatra. In his autobiography he spoke about how he was a "Sinatra nut" and how he went to bed every night listening to Sinatra's classic album In the Wee Small Hours. Sinatra had gotten King into the main clubs in Las Vegas during the 1960s, He credited Sinatra for opening doors to black entertainers who were not given the chance to play in "white-dominated" venues. 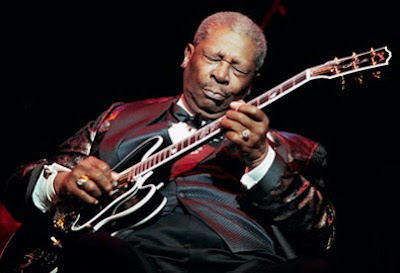 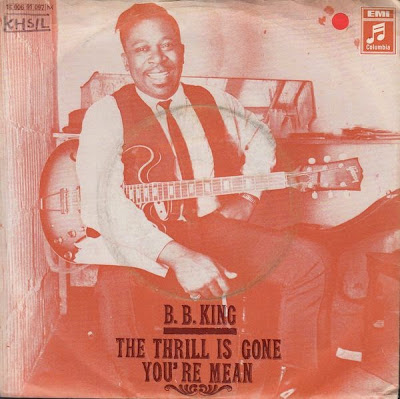 Todays tune "The Thrill Is Gone" is taken from the album "Completely Well", the clip is Live at Montreux 1993. R.I.P. Mr King, I hope you come back soon and continue to spread your music all over the world.

"The Thrill Is Gone" is a slow minor-key blues song written by West coast blues musician Roy Hawkins and Rick Darnell in 1951. Hawkins' recording of the song reached number six in the Billboard R&B chart in 1951. In 1970, "The Thrill Is Gone" became a major hit for B.B. King. Subsequently, many blues and other artists have recorded their interpretations of the song.


"The Thrill Is Gone" has been recorded by numerous artists since B.B. King's hit version.

That including Aretha Franklin from the album Spirit in the Dark (1970) that was released as a B-side to her single, "Spirit in the Dark", Little Milton from Waiting for Little Milton (1973), Chicken Shack/Stan Webb from Poor Boy (The Deram Years 1972–1974) (1973), Luther Allison from Live in Paris (1979), The Crusaders from Royal Jam (1981), Barbara Mandrell from ...In Black and White (1982), Jerry Garcia and David Grisman from their eponymous album (1991), The Manhattan Transfer from Tonin' (1995), Dishwalla from the soundtrack to Things to Do in Denver When You're Dead (1995), Diamanda Galas on her live album Malediction & Prayer (1998), Willie Nelson from Milk Cow Blues (2000), The Marshall Tucker Band from Stompin' Room Only (2003, recorded from a Volunteer Jam show in 1975), Pappo from Buscando un amor (2003), Leslie West from Got Blooze (2005), and The Eric Steckel Band from Havana (2006). M.C. Hammer's song by the same name from his Feel My Power album samples King's song. Christina Aguilera sang "The Thrill Is Gone" during 2014 New Orleans Jazz & Heritage Festival.

Listen to "B.B. King- The Thrill Is Gone" on Spotify here!