Nightrage - Kiss Of A Sycophant 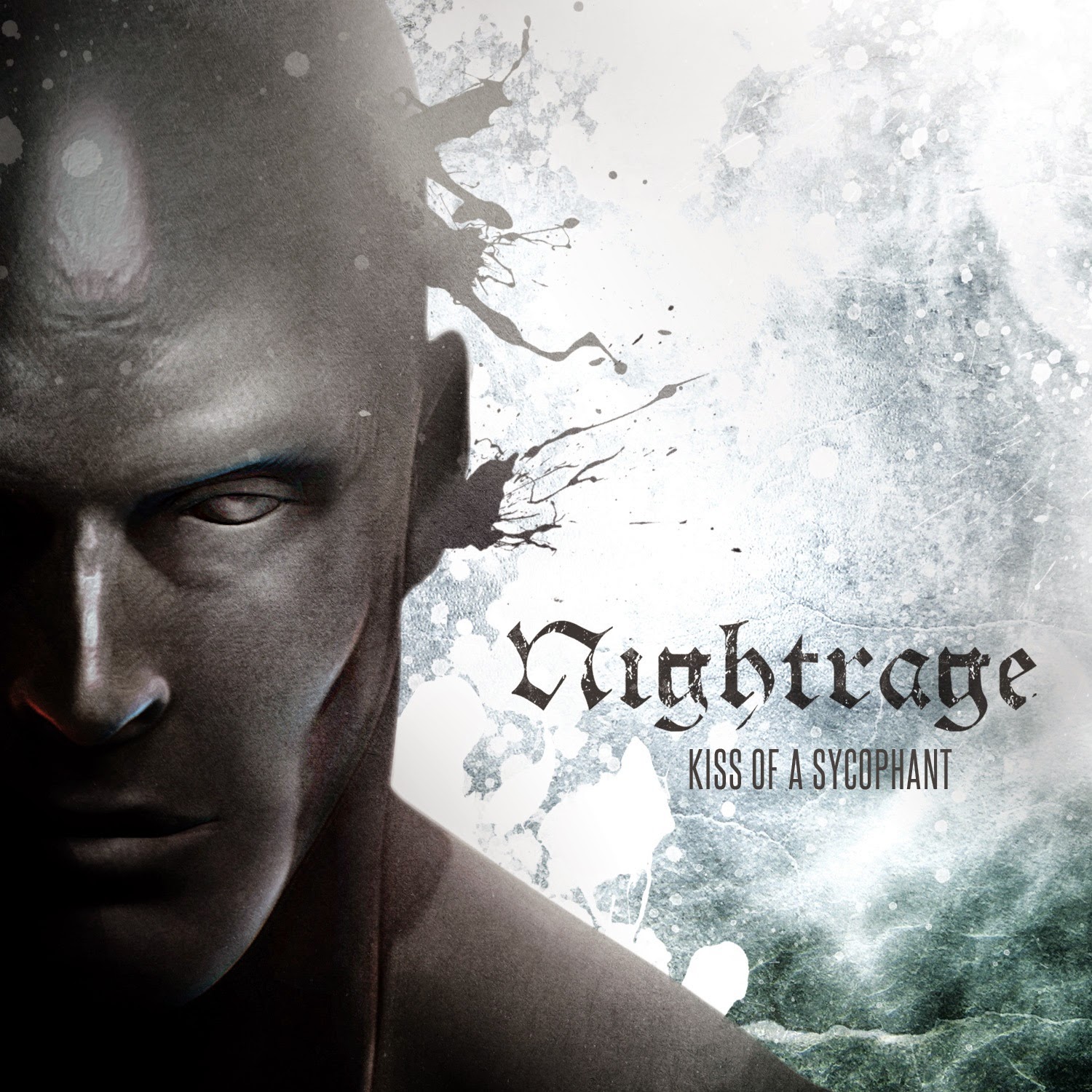 The Greek/Swedish melodic death metal band NIGHTRAGE add some hair in your chest on this Greek Special that's running here on Tune Of The Day. Today we have a mixed one (:

NIGHTRAGE was founded by Marios Iliopoulos and his close friend Gus G. in June 2000. They made their first demo in 2001, then another 2 demos in 2002. The band was originally from Thessaloniki. They later re-located to Gothenburg, Sweden.

A lot has happened since the previous album (See below). New recording studio, Dug Out Productions. New label, Despotz Records. New artwork by CephaloSpinal Design. And a new fresh breath of air in the NIGHTRAGE machinery. This is a band that knows how to survive trends while combining the old with the new, making a killer combo without forgetting their roots or where they came from.

"The Puritan" is an uncompromising eerie dramatic and melodic death metal journey in its purest essence. 11 tracks with great hooks and the biggest sound that you ever heard from these melodic death metal legends, trends come and go but NIGHTRAGE knows how to always deliver music that reflects their burning souls.

The production from recording-guru Daniel Bergstrand (MESHUGGAH, INFLAMES, DIMMU BORGIR, DEVIN TOWNSEND, EVERGREY, SOILWORK) and George Nerantzis from Dug Out Productions Studios in Uppsala, it is truly breathtaking and really brings up all the best elements that characterize the NIGHTRAGE sound. 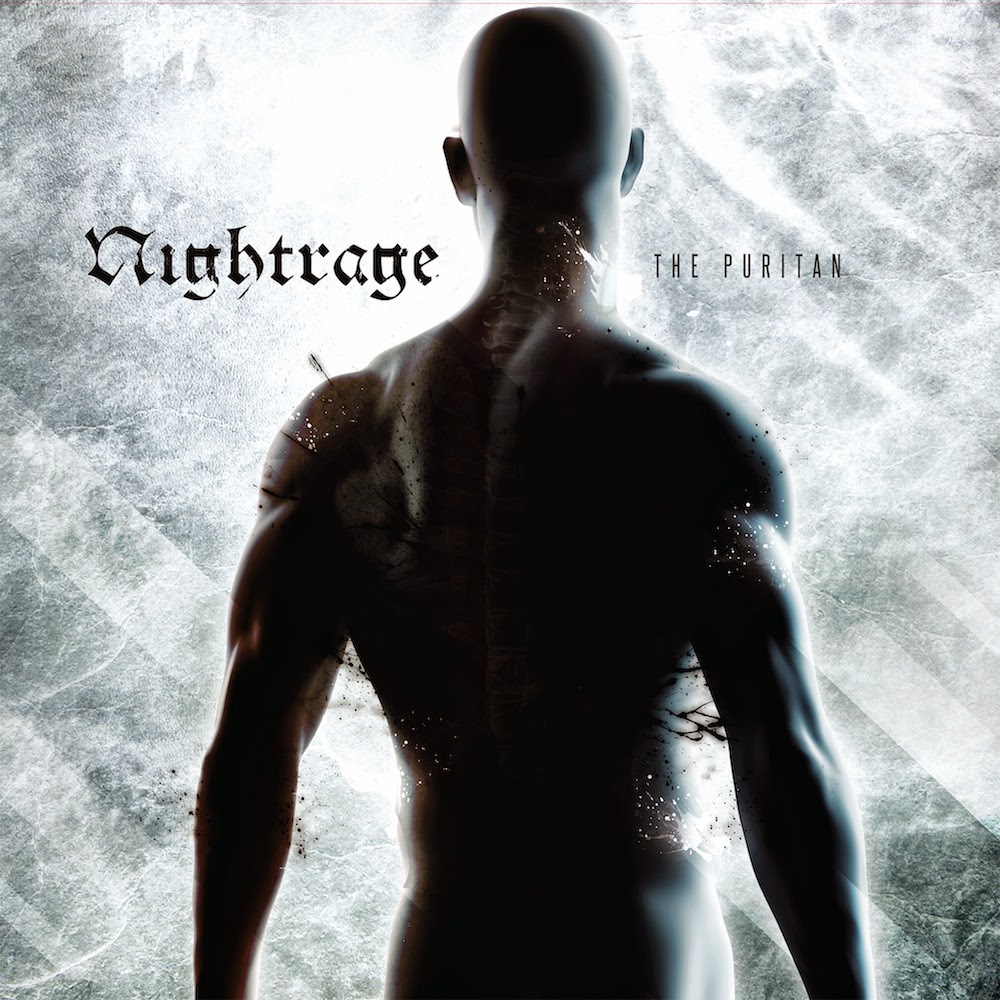 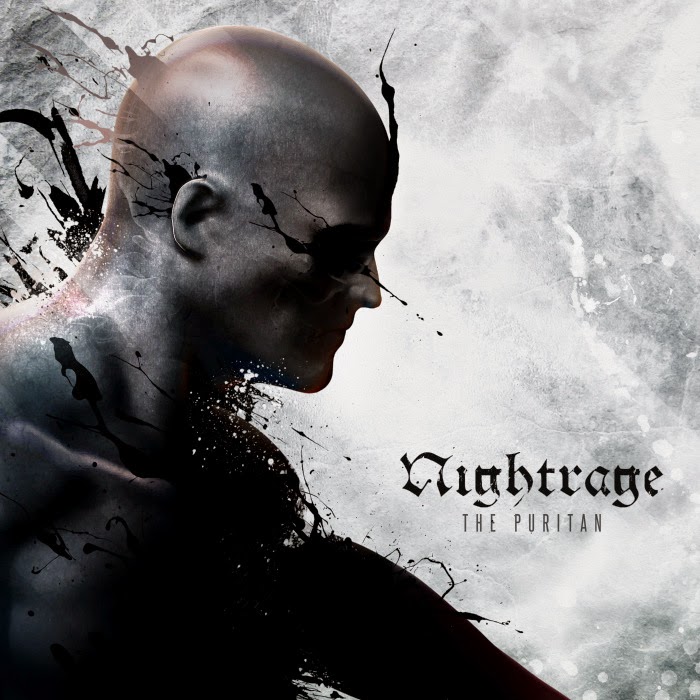 Their first release, Sweet Vengeance, was released in 2003 and featured drummer Per Möller Jensen (THE HAUNTED), and bassist Brice Leclercq. They also managed to acquire the services of vocalist Tomas Lindberg (AT THE GATES). Sweet Vengeance also featured guest clean vocals on a few tracks by Tom S. Englund of EVERGRAY fame. The album is proceeded by their first video for the track "Gloomy Daydreams" on an earlier edit, with Gus G. on vocals.

Their second release, Descent into Chaos, was released in 2005 and had a change of line up, with the addition of a more permanent rhythm section. Fotis Benardo (SEPTIC FLESH, INNERWISH) took over on drums and Henric Carlsson, who also plays in the band CIPHER SYSTEM, on bass. Mikael Stanne, of DARK TRANQUILLITY, provided a clean vocal section on the track "Frozen". Tomas Lindberg left the band so that a more full-time vocalist could accompany them on tours and studio albums.

When Gus G. was performing with ARCH ENEMY at Ozzfest 2005, he was replaced by Pierre Lysell for NIGHTRAGEs touring activities. For some of NIGHTRAGEs tour in support of BOLT THROWER, Gus G. was again unavailable and his place was taken by Christian Muenzer, of NECROPHAGIST. In March 2006, Gus G. permanently left NIGHTRAGE to focus completely on FIREWIND (later in 2009 becoming the guitarist for heavy metal legend OZZY OSBOURNE). At this time Fotis Benardo decided also to leave NIGHTRAGE and focus on the reunited SEPTIC FLESH. He was replaced by Alex Svenningson.

Their third release, A New Disease Is Born, was released in 2007. Gus G. was replaced by DRAGONLAND/AMARANTHE guitar virtuoso Olof Mörck. The song "Scathing" was chosen for the band's second video, and was directed by Bob Katsionis.

After the release of A New Disease Is Born Alex Svenningson and Jimmie Strimell left the band to form the melodic metalcore band DEAD BY APRIL. Longtime bassist Henric Karlsson also left the band due to his family obligations.

Vocalist Antony Hämäläinen, bassist Anders Hammer, and drummer Johan Nunez joined the band in the summer of 2007. Their fourth album, Wearing a Martyr's Crown, was recorded, produced, and mixed by Fredrik Nordström at Studio Fredman for a 2009 release date.

The fifth album Insidious. The song Wrapped In Deceitful Dreams references in the lyrics "Seas Of Eternal Silence" which may refer to the Sweet Vengeance song At The Ends Of The Earth or the 1997 Exhumation (Marios Iliopoulos' former band) album by the same name. Insidious is the first and only Nightrage album in the band's history to feature the same line up as the previous album. The Japanese version of the album includes a cover of Def Leppard's "Photograph".

Olof Mörck has not been part of a live performance or band photography since 2011. It is assumed he has left the band to focus on his main project Amaranthe. Antony Hämäläinen and Johan Nunez officially left the band to pursue other musical ventures in 2013. 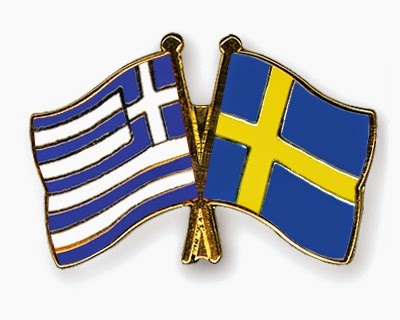 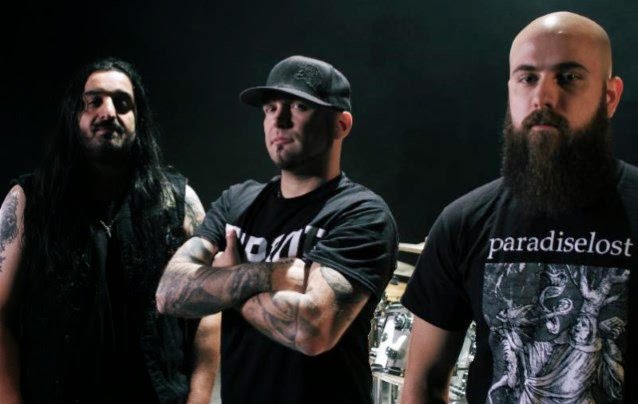 Nightrage is back once again! This time with full force and their sixth album to date named "The Puritan". Todays tune "Kiss Of A Sycophant" is the first single out from the upcoming album, release is set at 24th April

Listen to "Nightrage- Kiss Of A Sycophant" on Spotify here!