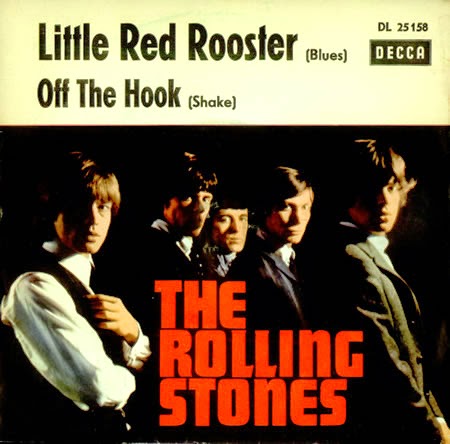 Sunday, time for a classic! Today we will take a closer look at the tune "Little Red Rooster" (or "The Red Rooster" as it was first titled) is a song that is a blues standard. Although it is a Chicago blues, the song is rooted in the Delta blues tradition and the theme "there is no peace in the barnyard after the rooster is gone" is derived from folklore. It is credited to American blues arranger and songwriter Willie Dixon and is adapted from earlier songs. First to record Dixon's song was Howlin' Wolf in 1961, using the original title "The Red Rooster".

"The Red Rooster" is one in a string of Howlin' Wolf tunes written by Willie Dixon in the later part of his career that were later popularized by rock artists — "Back Door Man" (the Doors), "Spoonful" (Cream), and "I Ain't Superstitious" (Jeff Beck Group). As "Little Red Rooster", a variety of musicians have interpreted it, including Sam Cooke and the Rolling Stones, who both had important record chart successes with the song.

The Rolling Stones began their career by playing blues songs and were particularly influenced by Chess Records Chicago artists, including Howlin' Wolf and Muddy Waters (they took their name from a song by the latter). Willie Dixon later recalled "When the Rolling Stones came to Chess studios, they had already met me and doing my songs, especially 'Little Red Rooster'". Early Stones manager Giorgio Gomelsky remembered an afternoon in London:

“There was Howlin' Wolf, Sonny Boy [Williamson II] and Willie Dixon, the three of them sitting on this sofa... Willie was just singing and tapping on the back of the chair and Sonny Boy would play the harmonica and they would do new songs. To a degree, that's why people know those songs and recorded them later. I remember '300 Pounds of Joy', 'Little Red Rooster', 'You Shook Me' were all songs Willie passed on at that time... Jimmy Page came often, the Yardbirds, Brian Jones..."

Dixon added "I left lots of tapes when I was over there [in London... I told] them anybody who wanted to could go and make a blues song. That's how the Rolling Stones and the Yardbirds got their songs".] It has been noted, "In many ways, this is Brian Jones' record. [He was] always the biggest blues purist in the band".

Although they had already recorded several Chess songs, according to Bill Wyman, "Little Red Rooster" was "a slow, intense blues song... [that producer Andrew Loog Oldham argued was] totally uncommercial and wrong for our new-found fame... the tempo made the track virtually undanceable". Mick Jagger commented:

“The reason we recorded 'Little Red Rooster' isn't because we want to bring blues to the masses. We've been going on and on about blues, so we thought it was about time we stopped talking and did something about it. We liked that particular song, so we released it. We're not on the blues kick as far as recording goes. The next record will be entirely different, just as all the others have been" 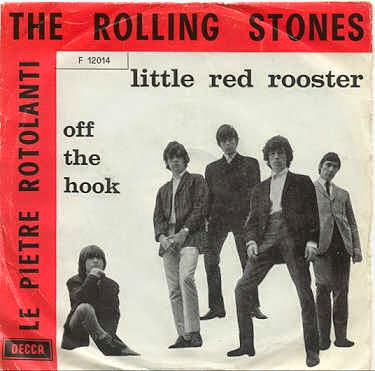