The Who - Baba O'Riley 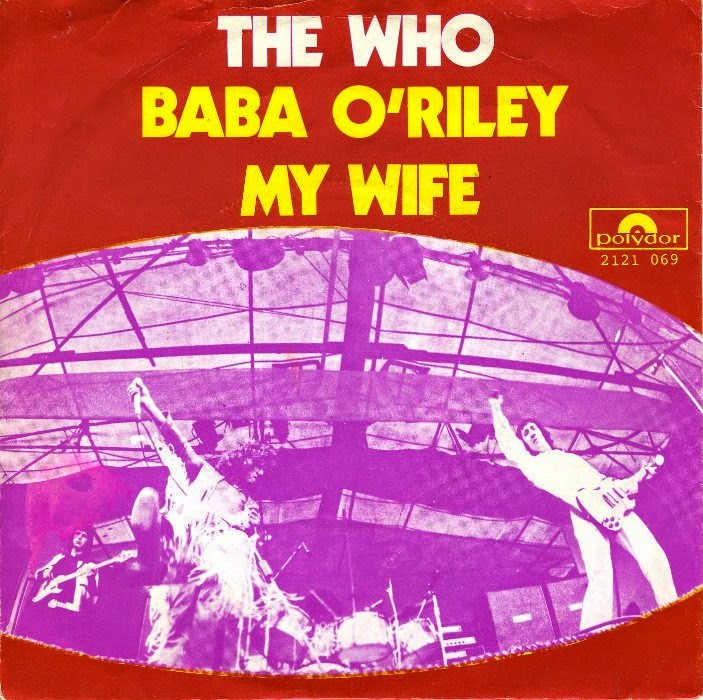 Sunday, time for a classic one, todays tune "Baba O'Riley" is a song written by Pete Townshend for the English rock band The Who. It is the opening track to their fifth studio album, Who's Next. Roger Daltrey sings most of the song, with Pete Townshend singing the middle eight: "Don't cry/don't raise your eye/it's only teenage wasteland". The title of the song is derived from the combination of the song's philosophical and musical influences, Meher Baba and Terry Riley.

The Who are an English rock band formed in 1964. Their best known line-up consisted of lead singer Roger Daltrey, guitarist Pete Townshend, bassist John Entwistle and drummer Keith Moon. For much of their career they have been regarded as one of the three most important British rock acts along with the Beatles and the Rolling Stones. 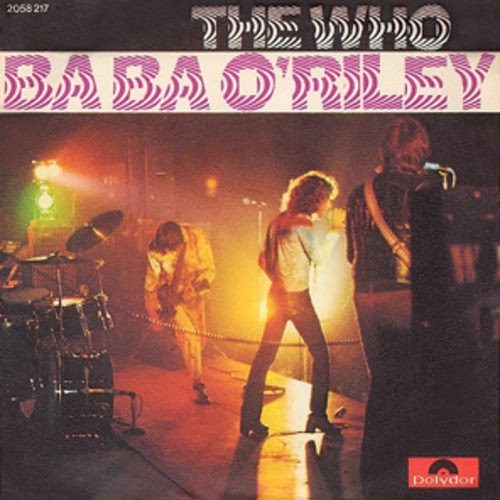 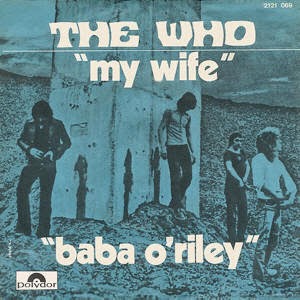 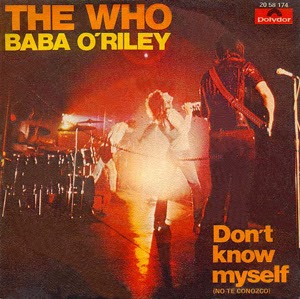 Townshend originally wrote "Baba O'Riley" for his Lifehouse project, a rock opera that was to be the follow-up to The Who's 1969 opera, Tommy. The song was derived from a nine-minute demo, which the band reconstructed. "Baba O'Riley" was going to be used in the Lifehouse project as a song sung by Ray, the Scottish farmer at the beginning of the album as he gathers his wife Sally and his two children to begin their exodus to London. When Lifehouse was scrapped, many of the songs were released on The Who's 1971 album Who's Next, with "Baba O'Riley" as the first track. The song was released as a single in several European countries, including the United Kingdom, but in the United States it was only released as part of the album.

Townshend stated in an interview that "'Baba O' Riley' is about the absolute desolation of teenagers at Woodstock, where everyone was smacked out on acid and 20 people had brain damage. The contradiction was that it became a celebration: 'Teenage Wasteland, yes! We're all wasted!'"

Drummer Keith Moon had the idea of inserting a violin solo at the coda of the song, during which the style of the song shifts from crashing rock to a folk-style beat. Dave Arbus (from the progressive band "East of Eden") plays a violin in the studio recording. In concert, lead singer Roger Daltrey replaces the violin solo with a harmonica solo. The Who produced a live version of the song with a viola, provided by Nigel Kennedy, during their 27 November 2000 concert at the Royal Albert Hall.

The violin solo in the coda of the song is based on Indian classical music as homage to Meher Baba, the Indian mystic who inspired this song.

The song's backing track was derived from deep within the Lifehouse concept. Townshend wanted to input the life information of Meher Baba into a synthesiser, which would then generate music based on that information. That music would have been the backing track for "Baba O'Riley", but in the end, the frenetic sequence was played by Townshend on a Lowrey Berkshire Deluxe TBO-1 organ using its marimba repeat feature. This modal approach used for the synthesiser track was inspired by the work of minimalist composer Terry Riley. The names of Riley and Meher Baba were incorporated into the song title as a tribute by Townshend. Although they never actually did it in concert, The Who considered pulling a person from the audience and programming their vital statistics into a synthesiser that would, in effect, translate that person into a musical theme around which a song could be built, an idea later resurrected as The Lifehouse Method.

Official The Who Web

Listen to "The Who - Baba O'Riley" on Spotify here!

Email ThisBlogThis!Share to TwitterShare to FacebookShare to Pinterest
Etiketter: Baba O'Riley, Rock, Sunday Classic, The Who, Who's Next