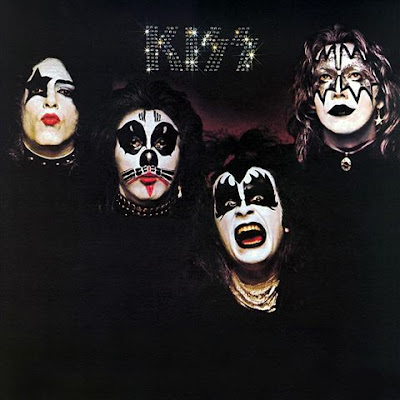 Sunday, classic time, then it's just as well that we take out yesterday's concert out of the coat sleeve and invites you on some honourable classic rock with the band Kiss!

Yesterday did Kiss visited Stockholm for a show, the first gig on European soil, but they have been here since last Wednesday, a new scene and rehearsals were on this week's agenda before it was time to open the doors to the public. The Show was pretty cool, even if the guys have reached their age. Was nice to bump into Spader Ess and his kids, i hope they got a great evening at friends arena with the hottest band on earth!

The new Kiss stage show, first used in the European leg, will involve a giant robotic spider that will move across the stage and all four members will be lifted into the air. Also, the spider will shoot pyro from it's legs and its eyes will glow. The stage will be 100 percent new and not a rehashed stage where the amps and stairs are simply moved around and then called a new stage. Instead of being hoisted into the air per usual at 8 feet per second, Gene is now going to be up to double that amount of time and will be using a new type of tether that is see through. 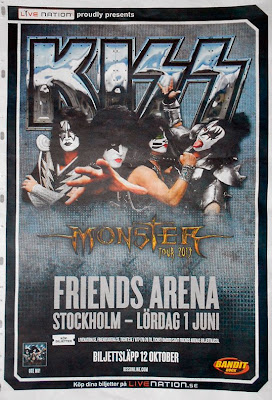 Here is some pictures: 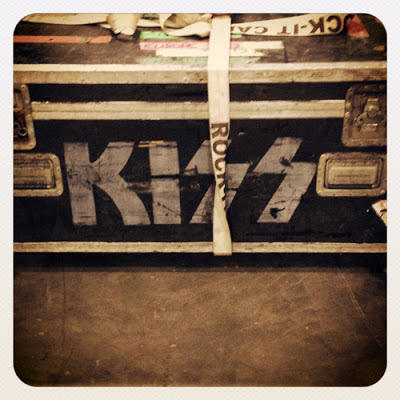 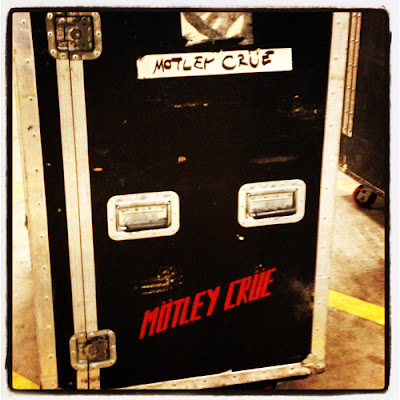 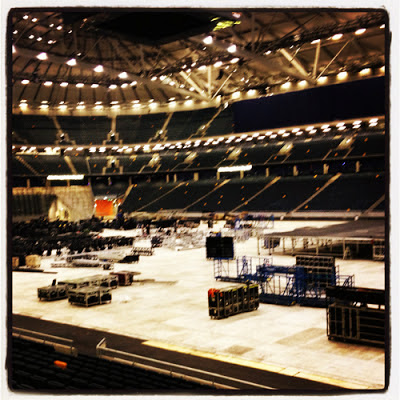 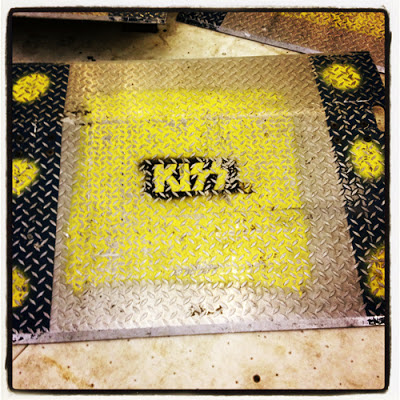 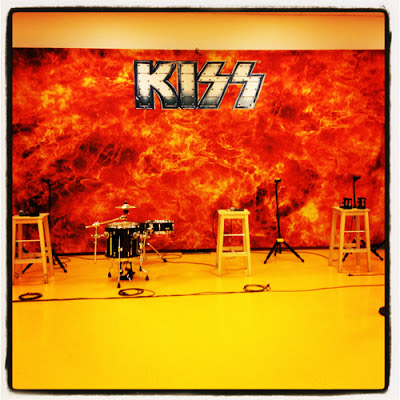 Todays tune "Deuce" is a song by the American hard rock band Kiss. Written by Kiss bassist/vocalist Gene Simmons the song appeared on Kiss' eponymous 1974 debut album. In addition to being one of the band's most popular and most-covered songs, "Deuce" is a traditional concert opener. The song was performed on almost every tour to date, and has appeared on many Kiss' live and compilation albums, as well on Ace Frehley's.

According to Gene Simmons, he simply copied the bassline of The Rolling Stones' "Bitch" and played it more or less backwards. The entire song was written nearly linearly; the riff came first, then the bridge, then finally the chorus. While uncredited, Paul Stanley provided the lightly phased intro riff, inspired by The Raspberries' "Go All The Way".

"Deuce" also has special significance for Ace Frehley, who calls it his favorite Kiss song. "When I auditioned for Kiss", recalls Frehley, "they said, 'We're going to play you a song for you to listen to, and then try playing along — it's in the key of 'A'. They played "Deuce" as a three-piece. I thought, 'That's easy enough,' so I got up and wailed for four minutes playing lead work over it.".

The song was performed during the first tours, mostly as the opener. It was dropped from the setlist for the Rock & Roll Over Tour and wasn't performed regularly in the USA until the Hot in the Shade Tour in 1990. It was played in some one-off shows in the USA in 1988 as well as the European Crazy Nights Tour in 1988. Gene Simmons said that at the band's first tours, after they did the usual setlist and encore, they didn't have any more songs to play so they played "Deuce" again.

Kiss kicked off the Monster World Tour on November 7, 2012 in Buenos Aires, Argentina at the River Plate Stadium following the second annual Kiss Kruise and continued the 6 date South American leg with dates in Santiago, Asunción, Porto Alegre, São Paulo and Rio de Janeiro until November 18, 2012. The Australian leg began on February 28, 2013 in Perth at the Perth Arena and ran through until March 16, 2013 in Mackay at the Virgin Australian Stadium. They were joined by Mötley Crüe, Thin Lizzy and Diva Demolition.

The band will extensively tour Europe and Canada in June and July, and then Japan around September. It has been hinted that another United States leg, including Hawaii will take place after the Kiss Kruise III.

Encore:
Detroit Rock City
I Was Made for Lovin' You
Black Diamond
God Gave Rock 'n' Roll to You II

Nice to finally meet you, Stones, and the evening was truly amazing for both me and the kids. A real sing along evening, and everybody in Sweden knows how important "Allsång" is. Thanx!