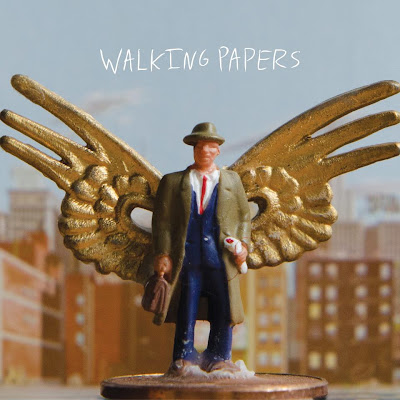 Walking Papers is a blues-rock band formed by Jeff Angell of The Missionary Position and Barrett Martin formerly of the Screaming Trees, two long-serving veterans of the Seattle music scene. Jeff previously sang and played guitar for the bands Post Stardom Depression and The Missionary Position, and Barrett, a drummer and multi-instrumentalist, played for grunge pioneers Skin Yard and Screaming Trees, as well as the super groups Mad Season and Tuatara.

The band played its first Seattle shows initially as a duo with Jeff on guitar and Barrett on drums, but soon added former Guns N' Roses Duff McKagan on bass to make their official debut as a trio on July 22nd, 2012. The Missionary Position's Benjamin Anderson brought his keyboard talents from the studio to the live stage, evolving the band into a quartet. Pearl Jam and Mad Season guitarist Mike McCready has been known to make guest appearances on stage as the lead guitar player. 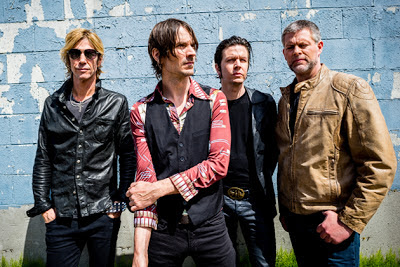 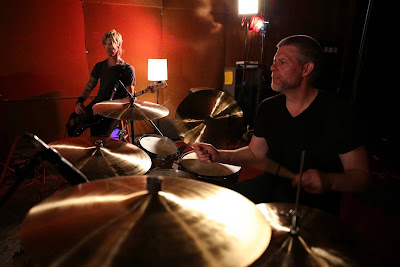 Walking Papers self-titled debut album features a stellar cast of musicians who have each added their own musical voices to the sound: Vocals and Guitar come from Jeff; Drums, Vibraphone and Backing Vocals from Barrett; Electric Bass from Duff McKagan; two blistering guitar solos from Mike McCready; elegant keyboards from Benjamin Anderson, and soulful horn arrangements from Dave Carter (Trumpet), Dan Spalding (Baritone Sax), and Ed Ulman (Trombone). The album was recorded by Catherine Ferrante at Avast Studios in Seattle, and mixed by Jack Endino at Soundhouse in Seattle. Album mastering was done by Chris Hanzsek at Hanzsek Audio.

Walking Papers show that a great song can be conveyed with thundering drums, rumbling bass, and a howling guitar just as easily as it can with percolating marimbas and shimmering vibraphone. The songs on this album can stand alone as individual stories, but taken together as a whole, they convey a much larger narrative with tales of wandering souls, the collisions of will, and the dark beauty of the American heart.

Their self-titled debut album, produced by Angell and Martin and also mixed by Jack Endino, was released on October 2, 2012 and featured contributions by Pearl Jam guitarist Mike McCready.

Walking Papers will play this evening at Bråvalla festival at 20:00 on the Red Stage.

Todays tune "Whole World's Watching" taken from their self titled debut on Loud And Proud Records (out August 6th, 2013).