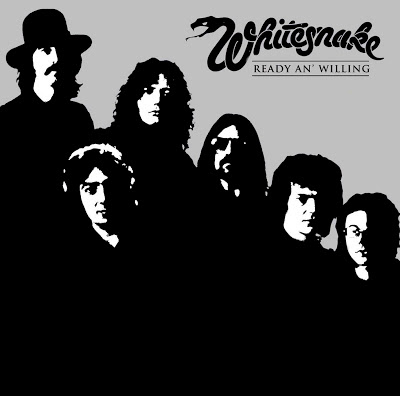 That we here in Stockholm has received a visit from lots of nice artists recently is absolutely wonderful, more to come. Some of these would potentially have put his guitar on the back shelf a long time ago while others only grow the older they get.

That this week's album might refer to this is hard to escape, given that the band actually visiting us on Wednesday for a gig at Gröna Lund, a gig that I anguish a little over, can be magical, but even a belly flop (Swedish saying). However, this gig on the same day as my daughter's graduation so we'll see how that goes with it, but the family must come before work and pleasure!

The band I'm talking about needs no introduction so we can jump on the material directly. 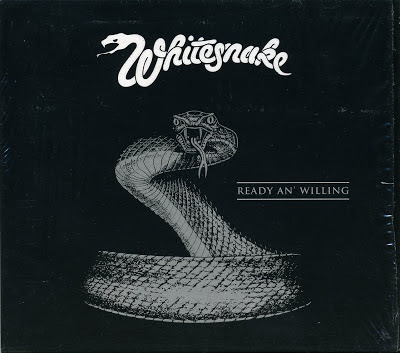 The Record Of The Week is "Ready an' Willing" was Whitesnake's third studio album, released in 1980.

The album featured two of the band's UK single-hits from that year: "Fool for Your Loving" and the title-track, "Ready an' Willing (Sweet Satisfaction)". In August 1980 "Fool for Your Loving" would later be re-recorded for the Slip of the Tongue album. The track "Blindman" initially from Coverdale's first solo album was re-recorded for this album. 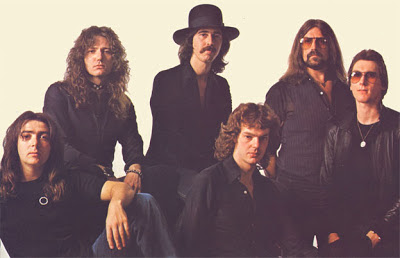 The line up on this record is pretty awsome:

Opener "Fool for Your Lovin'" was their best single yet, with its clever combination of hit-savvy chorus and authentic bluesy resignation, it set the template for subsequent triumphs! More highlights includes the live favorite "Sweet Talker" (were Micky Moody's expert slide guitar given it an extra), the great ballads in "Blindman" and "Ain't Gonna Cry No More." and Todays Tune, the groovie title track. This is an album that you should have in your record shelf!

Whitesnake are a British rock band, founded in 1978 by David Coverdale after his departure from his previous band, Deep Purple. Their early material has been compared by critics to Deep Purple, but they slowly began moving for a more commercially accessible hard rock style. By the turn of the decade, the band's commercial fortunes changed and they released a string of UK top 10 albums, Ready an' Willing (1980), Come an' Get It (1981), Saints & Sinners (1982) and Slide It In (1984), the latter of which was their first to chart in the US and eventually went 2x platinum.

The band's 1987 self-titled album was their most commercially successful worldwide, and contained two major US hits, "Here I Go Again" and "Is This Love", reaching number one and two on the Hot 100. In 1988, Whitesnake was nominated for the Brit Award for Best British Group. Slip of the Tongue (1989), was also a success, reaching the top 10 in the US and UK, and receiving a 2x platinum US certification. The band split up shortly after this release, but had a reunion in 1994, and released a one-off studio album, Restless Heart (1997).

Whitesnake officially reformed in 2002 and have been touring together since, releasing two studio albums, Good to Be Bad (2008) and Forevermore (2011). In 2005, Whitesnake was named the 85th greatest hard rock band of all time by VH1.

Listen to ”Whitesnake - Ready An' Willing" on Spotify here!