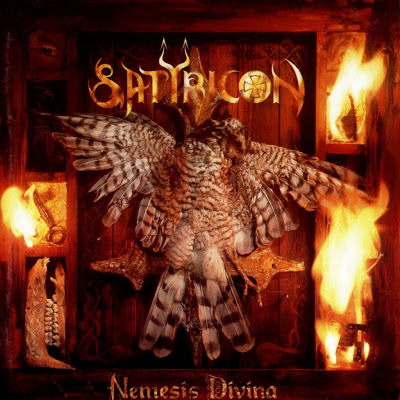 A little dreary day, weather-wise, however, it has been given the opportunity for a bit of painting, both snakes and crows have been created, on the way to being finished. Lots of music is played. Tested with connecting my wife's iPad to the stereo and ran a little random on one of my play-lists on Spotify, one of the songs that popped up was this.

Todays tune "Mother North" is the centerpiece taken from Nemesis Divina (Latin for "divine nemesis") the third studio album by Norwegian black metal band Satyricon. It was released on 22 April 1996. Nemesis Divina is generally considered a classic of the black metal genre. 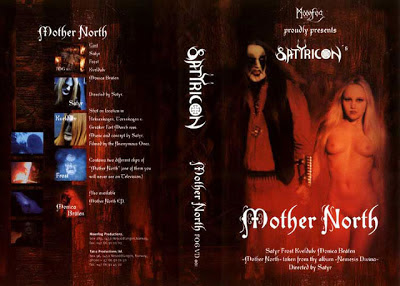 A music video was released for "Mother North", which was generally uncommon within the black metal scene at the time. The video opens with "Montagues and Capulets". The video briefly appeared in the mainstream film Spun.

Satyricon (pronounced: suh-Teer-I-con) is a Norwegian black metal band. The band credits their first album, Dark Medieval Times, with starting a black metal sub-genre dubbed "medieval metal." The album showed off the fascination Satyricon had with the Middle Ages, along with the raw black metal with blastbeats produced by Frost mixed with acoustic guitar and flute. On the next album The Shadowthrone this medieval spirit was preserved.

Regarding one of their latest albums, Volcano, the frontman of the band, Satyr, stated in a press release/biography, published on their homepage, that "the music is rock based but more extreme; it is black metal pushing the boundaries that began with bands like Venom and Bathory, reinventing ourselves based on a foundation of rock oriented black metal is our philosophy." It resulted in a total of 4 Awards for Volcano being, the Norwegian Grammy for "Best Metal Album", an Alarm award for "Fuel For Hatred" in the category for "Song of the Year", as well as The Alarm Award for "Metal Album of the Year" and The Oslo awards for "Best Overall Album". 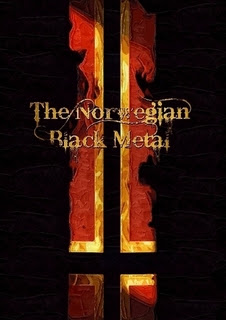 They have toured with Pantera, among others.