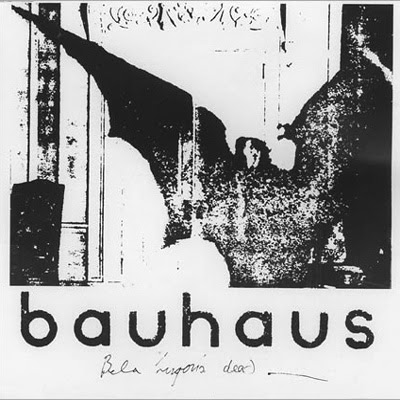 Sunday, classic time when it fits well with a great song by one of the week's live performers.

Bauhaus were an English gothic rock band, formed in Northampton in 1978. The group consisted of Peter Murphy (vocals), Daniel Ash (guitar), Kevin Haskins (drums) and David J (bass guitar). The band was originally named "Bauhaus 1919" before they dropped the numerical portion within a year of formation. With their dark and gloomy sound and image, Bauhaus are generally considered the first gothic rock group. 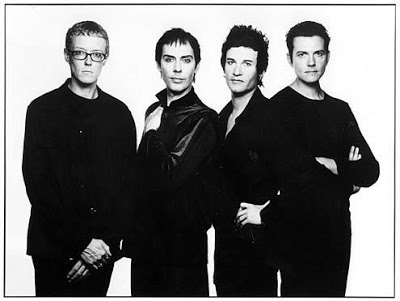 Bauhaus first broke up in 1983. Peter Murphy began a solo career while Ash and Haskins continued as Tones on Tail and, later, reunited with David J to form Love and Rockets. Both enjoyed greater commercial success in the United States than Bauhaus had, but disappeared from the charts in their homeland. The band reunited for a 1998 tour and again from 2005–2008.

Todays tune "Bela Lugosi's Dead" is a gothic rock song written by the band Bauhaus. The song was the band's first single, released in August 1979, and is often considered to be the first gothic rock record released. It did not enter the UK charts. The b-side features the song "Boys" and some versions also include an early demo recording of what would be their next single, "Dark Entries". It was released on CD in 1988 and was compiled on the 1998 album, Crackle - The Best of Bauhaus. The original sleeve art was taken from a still of the film The Cabinet of Dr. Caligari. The authors listed on the single are David Haskins, Kevin Haskins, Peter Murphy and Daniel Ash.

The song is over nine minutes in length and was recorded "live in the studio" in a single take. David J, the band's bassist, claims on his website to have written the lyrics. The singing does not start (in the studio version) until several minutes into the track. The dub-influenced guitar sound was achieved by using partial barre chords and leaving the top E and B strings open.

The title references horror film star Bela Lugosi (1882–1956), who did much to establish the modern vampire image as the title character in the 1931 film Dracula. 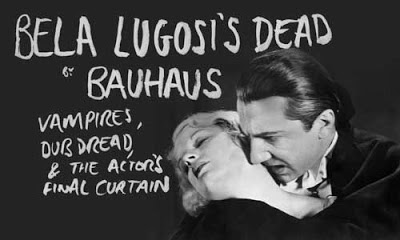 "Listen to them. Children of the night. What music they make."