Airbourne - Live It Up 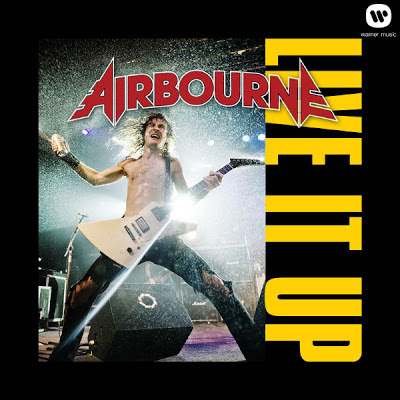 Bråvalla festival is in full spin, however are both I and Thetania fully occupied with making sure that artists get on stage on time. So these posts are created in advance, but we stick to the artist that this festival offers and we will come back with a report after the festival. 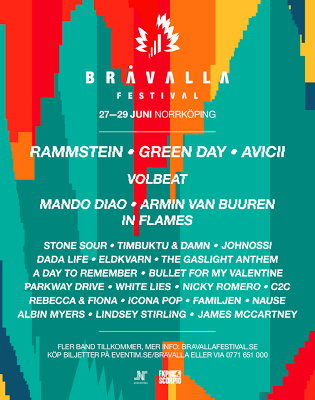 Airbourne are an Australian hard rock band formed in Warrnambool in 2003. They are often compared to the rock band AC/DC. Mainstay members are Joel O'Keeffe on lead vocals and lead guitar, his brother, Ryan O'Keeffe on drums, and David Roads on rhythm guitar and backing vocals. They were later joined by Justin Street on bass guitar and backing vocals. Their debut album, Runnin' Wild, was released in June 2007 and peaked in the top 30 on the ARIA Albums Chart. It appeared on the United Kingdom Albums Chart and United States Billboard 200. Their second album, No Guts. No Glory. was issued in March 2010 and reached the top 20 on the ARIA Chart, top 40 in the UK and also appeared on the Billboard 200. Their third studio album Black Dog Barking was released on May 21st 2013. 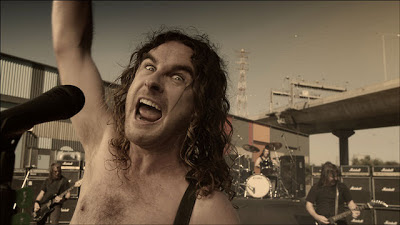 The band did played on Thursday on the Blue Stage. 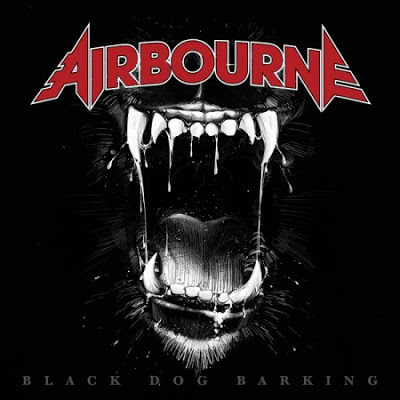 Todays tune "Live It Up" is taken from the third studio album "Black Dog Barking", released in Europe and Australia on 20 May 2013, and worldwide on 21 May 2013.

Listen to ”Airbourne - Live It Up" on Spotify here!