The Flaming Lips - Try To Explain 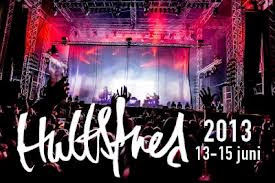 Hey all !
Looong time since I wrote something here on Tune Of The Day!
Ive been out working a lot.

Last time ive been hooked up doing the "Hultsfreds Festival" but that moved to Stockholm..
It was pretty ok thought, big area that been a golf place.

Lots of bands and 4 stages, Green was the big stage then Blue, White and Yellow stages.
I mostly worked but one night I got out and saw something that i never heard or seen before.
Flaming Lips.
Kinda strange it was a neo-psychadelica or experimental rock, kinda music. 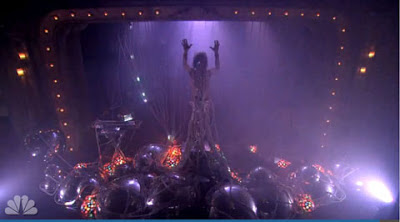 When i looked at the stage they had round balls or spheres on the stage that had lights in em it made a huge impact, its was like cocoons and the singer stands in the middle on several of them..it was kinda cool :D 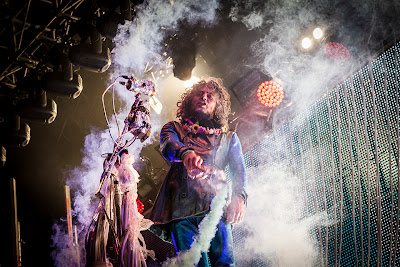 A band that i liked that i unfortunally missed was Band Of Horces, i saw them the first time when they were support band to Foo Fighters, kinda cool band.

The big show was saturday night, was Fat Boy Slim. I sat in my quarter (quite long from the stage) and worked infront of the computer and heard the sound, Im sure it was a great show.

Here are some Pictures from building the stages... 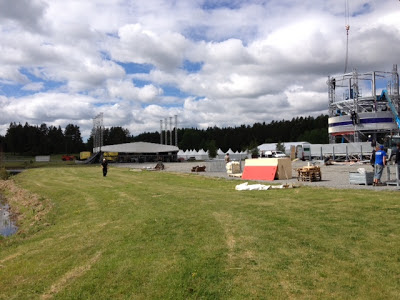 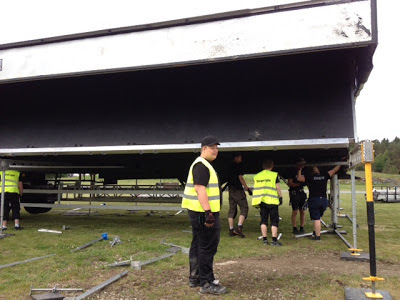 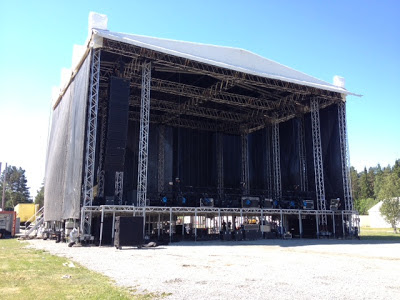 Then we had some stagehands that loved the tune :D'

Over and out for now.

Ladys and Gents this is Flaming Lips!

Listen to ”The Flaming Lips - Try To Explain" on Spotify here!