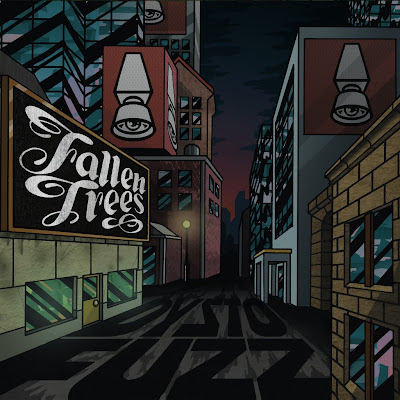 Fallen Trees is a rock band from Malmö, Sweden, were formed in early 2010 by Emanuel Arvanitis and David Karlsson. 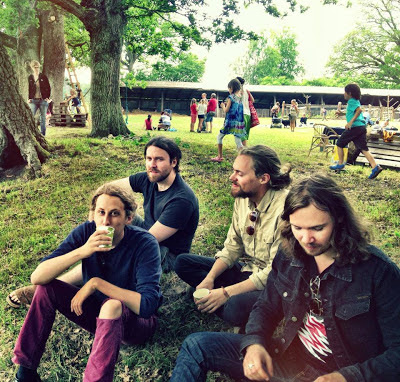 The band have released two EP’s Fallen Trees and Silence Is A Deafening Sound without having a company backing them up. After that they signed a deal with German indie label Stargazer Records.

Experimenting with the sound of the acoustic instruments, letting the sound go through effect pedals and amplifiers, they found a new Fallen Trees with more energy. The perfect blend between the organic and the electric. And after 150 hours in the studio Dystofuzz was born. The album was released in January 2013 followed by singles and videos.

Artist and friend Anton Svensson transformed the theme of the album into drawings used for the artwork. Simultaneously an effect pedal with the same name was launched, made by Moody Sounds.

Dystofuzz is a story about a world, not so different from our own. A world where we put on our masks and pretend we like what we see. It takes us through the darkness of a dystopia where there is little hope of salvation. But don’t despair. Take of your mask and dance. Lets’ make this dancefloor shake, and make it fly. It’s worth a try.

Todays tune "Killing the Groove" is taken from the latest album "Dystofuzz". Video made by Christofer Nilsson and Philip Juliusson at Timbermen Productions

When the recording of the album ”DystoFuzz” started Fallen Trees searched high and low for a sound that would fit the dystopic framework of the record. ”DystoFuzz” is a record about non stop surveillance, a masked people and dull, pre-defined lives but aslo about hope and freedom. The sound should be powerful and allmighty, yet useable om the dancefloor. Some kind of dark fuzz pedal*.They contacted Albin Roslund, head of the custom effect pedal company ”Moody Sounds” and he took on the challenge with enthusiasm. 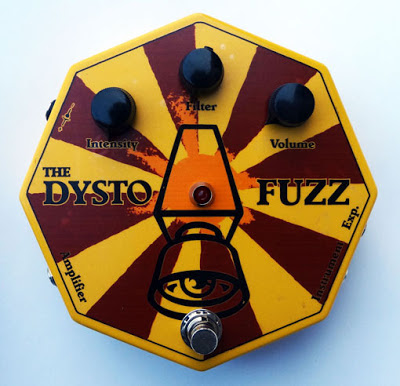 ”The Dysto Fuzz pedal is the result of Fallen Trees looking for a certain sound for their new record. The idea was a sound unique enough to stand out in the crowd of fuzz pedals, and also that people should be able to use it themselves. The release of the record will be combined with the release of the Dysto Fuzz kit, a circuit board with components that you solder together yourself and then connect your guitar (or whatever you want) through. The fuzz that the band liked the most was a copy of the sixties classic ”Tycho Brahe Octavia”, the effect Jimi Hendrix used on the song Purple Haze and many others. What really hit the spot was combining this classic fuzz with a ”Twin T Filter”, a filter that sounds like something out of a Moog synthezier. With this everyone was happy, the band had a great and unique fuzz pedal and I had a fun yet simple circuit to work with” – Albin Roslund, Moody Sounds

*A fuzz pedal is a classic guitar effect used by numerous guitarists including Jimi Hendrix, Jimmy Page and many others.

Listen to ”Fallen Trees - Killing The Groove" on Spotify here!