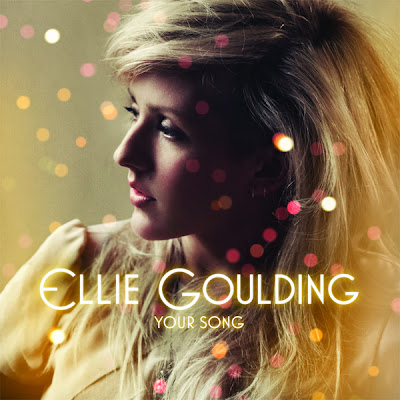 A few days ago visited Ellie Stockholm and Debaser for a gig. An evening that was completely sold out felt well, one evening in the woman's character, it was a really uneven between the sexes, about 80/20 to the female league. Ellie exuded lots of joy to share their music. Her tones that can not really fall into one tray by genre, but this lady really sprawls all over, one foot in Pop tray, the other in Dance, the left arm in the R & B, the right in the Singer songwriter, the rest in the club world. Get the feeling that this lady doing as she pleases. 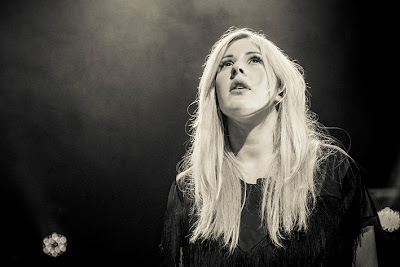 Elena Jane "Ellie" Goulding (born 30 December 1986) is an English singer-songwriter and multi-instrumentalist. In 2010, she became the second artist to both top the BBC's annual Sound of... poll and win the Critics' Choice Award at the Brit Awards in the same year, following Adele's win of both in 2008.

After signing to Polydor Records in 2009, she released her first EP in 2009, An Introduction to Ellie Goulding. Goulding released her debut studio album, Lights, in 2010. The album debuted at number one on the UK Albums Chart and has sold over 850,000 copies in the UK.

Her cover of Elton John's "Your Song" reached number two in the UK in December 2010, and on 29 April 2011 she performed the song at the wedding reception of Prince William and Kate Middleton at Buckingham Palace. Produced by Ben Lovett of Mumford & Sons, it was released digitally in the United Kingdom on 12 November 2010 as the re-release's lead single. The song is Todays Tune.


"Your Song" is a ballad composed and performed by English musician Elton John with lyrics by his longtime collaborator Bernie Taupin. It originally appeared on John's self-titled second album in 1970. The song was released in the United States in October 1970 as the B-side to "Take Me to the Pilot". Both received airplay, but "Your Song" was preferred by disc jockeys and replaced "Take Me to the Pilot" as the A-side, eventually making the top ten on both the UK and US charts. In 1998, "Your Song" was inducted into the Grammy Hall of Fame. In 2004 the song was placed at number 137 on Rolling Stone's list of "The 500 Greatest Songs of All Time".

Setlist from the Debaser show:

Encore:
I Need Your Love
Lights

Listen to ”Ellie Goulding - Your Song" on Spotify here!