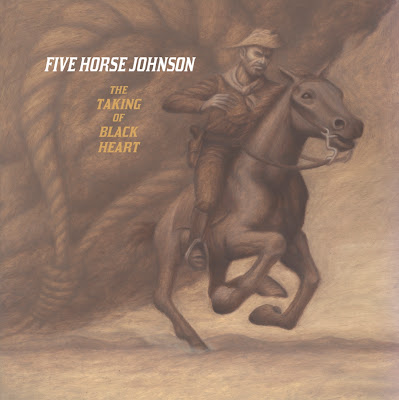 New week, time to announce a new album that steps up to the throne to receive the prize as this week's Record Of The Week.

This week we throw the eyes of America and inhale some lovely blues rock. There we find a great band named "Five Horse Johnson", a band from Toledo, Ohio, that was formed in 1995. They have toured with such popular groups as Clutch and Halfway to Gone.

The band combines hard rock, blues and other influences into a blend of stoner rock/blues music they call their own.

The Record Of The Week's is "The Taking of Black Heart". The album was recorded at the Magpie Cage in Baltimore, MD. The vocals were recorded at Kozy’s Chop Shop at Sunroom Studio in Detroit, MI by Bill Kozy and Erik Maluchnik. “You’re My Girl (I Don't Want To Talk About It)” was produced by Bill Kozy. The album was mastered by Chris Goosman at Baseline Audio Labs in Ann Arbor, MI. Fine arts are by Mark Dancey, and textiles are by Vince Williams at Creative Print in Warren, MI. Executive producer is Scott Hamilton. Robin Zander appears courtesy of Cheap Trick. 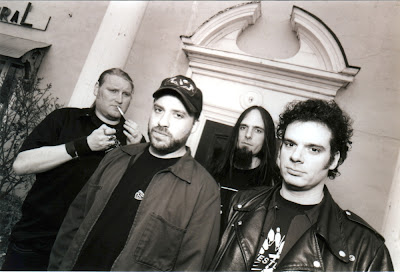 After a bit of a hiatus, Five Horse Johnson have regrouped. They played some European shows in mid 2011 and released their latest record "The Taking of Black Heart" through Small Stone Records.
After a long time waiting for the new album, which took all of six years to finish, it's a long long time, so it was with great pleasure to play their new creations.

"The Taking of Black Heart" contains some Bluesy hard rock with many Harmonica elements, in other words, a really groovy music. The album contains a plethora of fine songs that basically gets anyone to shake the hairy legs.

Today's tune "job" gives a clear indication of the band can deliver excellent music, rough riff lines slings with a wonderful stick of harmonica. Perfect wheezy whiskey drenched blues vocals by Eric Oblander. "The Taking Of Blackheart“ shows Five Horse Johnson playing tight as usual and enjoying the hell out of it. Its pure pleasure just listening to it.

Five Horse Johnson is not a band that makes apologies. A decade into its life, compromise is not an option. The truth is, this is hard, heavy, dirty blues rock ’n’ roll for people that like that sort of thing. This music is for people who like the sound of an engine roaring or the feeling obtained by following a cold beer with a shot of good whisky. Five Horse Johnson will gladly kick your ass, and then wait for you to say thank you.

Listen to "Five Horse Johnson - The Job" on Spotify here!

Email ThisBlogThis!Share to TwitterShare to FacebookShare to Pinterest
Etiketter: Blues Rock, Five Horse Johnson, Record of the Week, The Job, The Taking of Black Heart