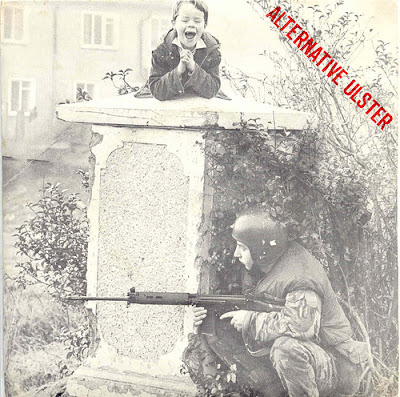 On Friday, Stockholm, Debaser a really nice visit from one out of the most significant bands of the punk wave in the late 70's, are undoubtedly Stiff Little Fingers from Belfast.

1979, they would release their debut "Inflammable Material" (Rough Trade) which starts with 2:36 short "Suspect Device". Now the band played a fullset show with the hole of 21 songs (See setlist below) at Debaser Medis, they really played the shirt of all visitors. Support for the evening was Swedish Alonzo & Fas 3 and Bitch Boys. 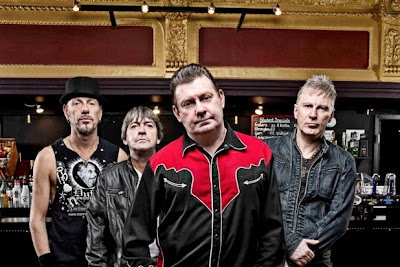 Stiff Little Fingers formed in 1977, at the height of the Troubles. They started out as a schoolboy band called Highway Star (named after the Deep Purple song), doing rock covers, until they discovered punk. They split up after six years and four albums, although they reformed five years later, in 1987. Despite major personnel changes, they are still touring and recording as of 2013. Jake Burns, their lead singer, is the only member to have been with the band during all its incarnations, but in March 2006, original bass guitarist Ali McMordie rejoined them following the departure of The Jam bass player Bruce Foxton after fifteen years.

Todays tune is the classic "Alternative Ulster", taken from the 1979 debut album "Inflammable Material". Most of the album's tracks are about the "Troubles" and the grim reality of life in Northern Ireland with the songs containing themes of teenage boredom, sectarian violence, police oppression, etc., urging people to "grab it and change it, it's yours" in what became their signature song "Alternative Ulster". The song "Rough Trade" is about the band's view of the music business as being dishonest but have since claimed it is not about the record label which happens to have the same name.