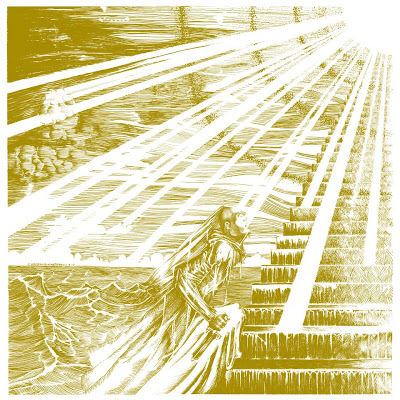 New week and it's time to introduce this week's album, this week it's an album with a classic metal vibe. The fifth and latest album with the US band "Dawnbringer", a band that plays a classic power melodic 80s metal.

The album that get's the honor to recive the nice "Record Of The Week" thropy is "Into the Lair of the Sun God" A album filled with mutated guitar riffs and catchy melodies that get's any older metal freak to turn around and ask, what is on right now? :). The tracks have a great flow and i trully like Chris Black vocals, he is just perfect in type of NWOBHM inspired music. This is just a flat out kicks ass album. 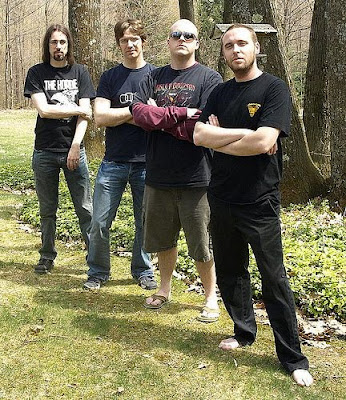 Dawnbringer is a studio-only heavy metal band formed in Malvern, Pennsylvania, USA, in 1995, although since 2000 the band has been run out of Chicago, IL. The band was originally formed as a one-man studio project by bassist/vocalist John Weston. The project eventually formed into a full band, but after 2000's "Catharsis Instinct", Weston left the band and it became the project of Chris Black, who has written and produced all of the band's material since Weston's departure and provides all of the vocals and the bulk of the instrumentation, along with help from guitarists Scott Hoffman, Matt Johnsen, and Bill Palko.

Todays tune "I" is the first track of "Into the Lair of the Sun God", enjoy!

Listen to "Dawnbringer - I" on Spotify here!

Email ThisBlogThis!Share to TwitterShare to FacebookShare to Pinterest
Etiketter: 80's, Dawnbringer, I, Into the Lair of the Sun God, Metal, NWOBHM, Record of the Week