Peter And The Test Tube Babies - Blown Out Again 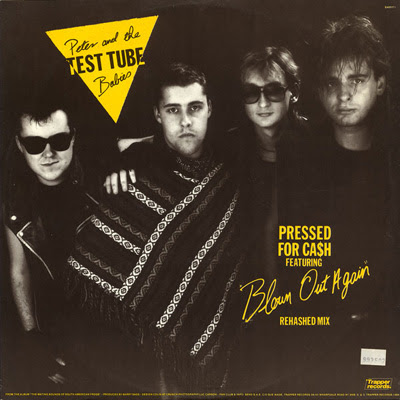 During the Easter weekend, the mini festival "Pretty Shitty Kjell" was the weekends highlight. That for the fourth time put together a solid lineup is right astonishing.

With bands like Agent Bulldogg, Argy Bargy, Infa-Riot, Peter & The Test Tube Babies, Cock Sparrer, Booze & Glory, Gatans Lag, Prins Carl & Contemptuous. However, I did not see so much of the festival this time, so I missed a lot of bands, but I managed to see two anyway, one of which was the headliner on Friday.

Peter and the Test Tube Babies are a punk rock band that was formed in the small town of Peacehaven, England in 1978 by Del Strangefish and Peter Bywaters. Due to their humorous tongue-in-cheek lyrics, they have been considered part of the Punk Pathetique subgenre. Peter and the Test Tube Babies were first featured in Sounds magazine in July 1980, and after a John Peel Radio One session, made their vinyl debut on the Brighton compilation album Vaultage 78. They played at festivals including the 11th Antifest in 2005. They also had two songs on the Oi! compilation Oi! the Album in that same year. They favoured absurd lyrics and strange titles, such as "The Queen Gives Good Blow Jobs". In 1982, they covered the chart-topping Gary Glitter hit "I'm the Leader of the Gang (I Am)" on their album Pissed and Proud.

When the band is not touring, Peter Bywaters offers personal English as a second language tuition on a live-in basis at his home in Brighton. Del Strangefish currently hosts a Punk Rock Radio Show every Wednesday between 4 - 5pm GMT on Brighton and Hove Community Radio. The band continues to perform to the current day (2013). Their polished, professional live show is in contrast to the non-serious nature of their lyrics.

Here are some pictures of the show: 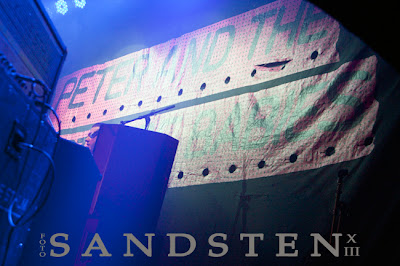 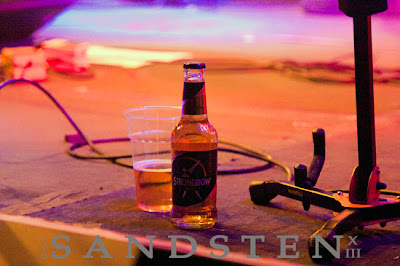 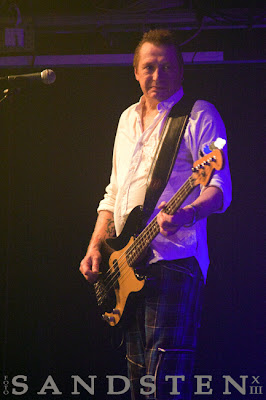 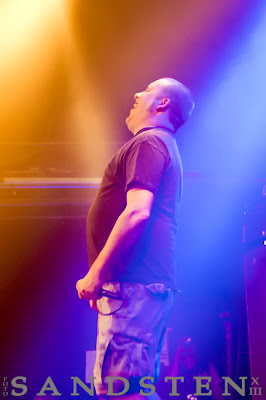 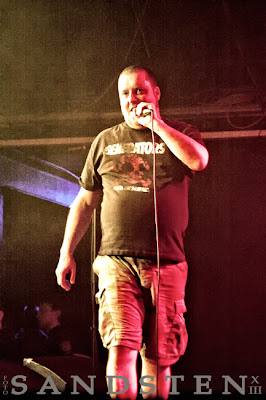 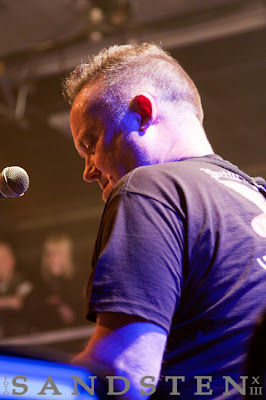 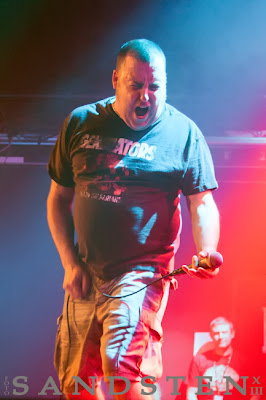 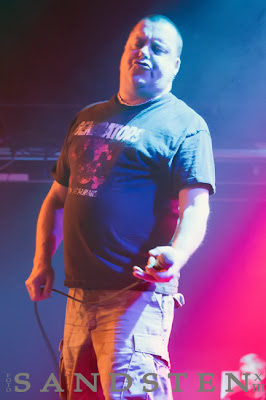 Todays tune "Blown Out Again" is taken from Peter And The Test Tubes 2:nd album "The Mating Sounds of South American Frogs" that was released 1983. 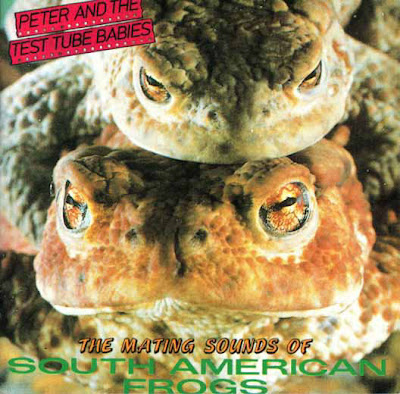 Listen to "Peter And The Test Tube Babies - Blown Out Again" on Spotify here!