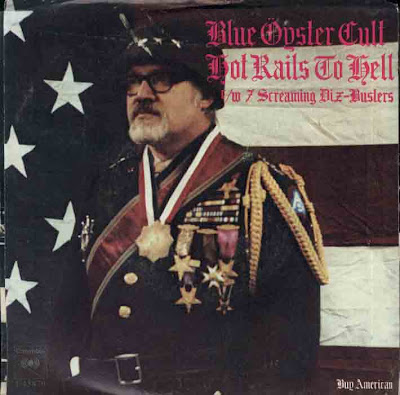 On Your Feet or on Your Knees is Blue Öyster Cult's first live album, released in early 1975. Each of the band's first three studio albums is represented by three songs each, two other songs are covers ("I Ain't Got You", albeit with modified lyrics, and "Born to Be Wild"), and one ("Buck's Boogie") is an original instrumental that remains a staple of the band's live shows to this day. 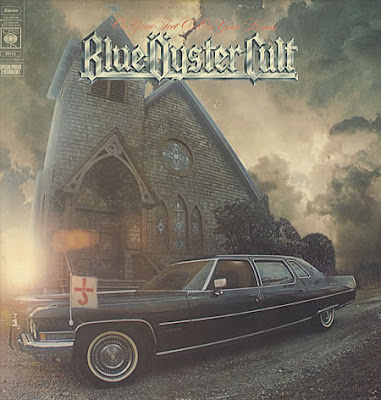 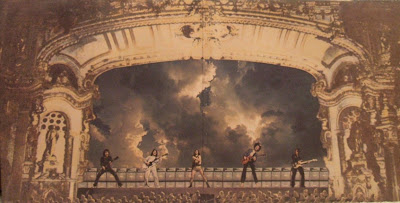 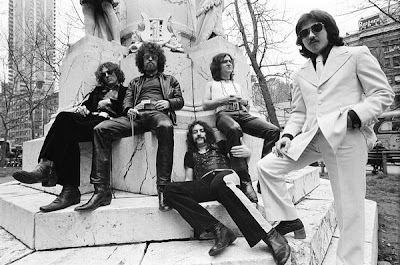 Blue Öyster Cult (often abbreviated BÖC) is an American rock band from Long Island, New York, United States, best known for such hard rock songs as "(Don't Fear) The Reaper", "Burnin' for You", and "Godzilla". Since the release of their self-titled debut album in 1972, the band has sold over 24 million albums worldwide, including 7 million in the United States alone. The band's music videos, especially "Burnin' for You", received heavy rotation on MTV when the music television network premiered in 1981, cementing the band's contribution to the development and success of the music video in modern pop culture. Today, BÖC's music continues to be played on AOR-friendly radio stations as well as in movies, television shows, and commercials, and even during sporting events.

Today tune "Hot Rails To Hell" is taken from the live album "On Your Feet or on Your Knees", originally released on "Tyranny and Mutation" from 1973.

Email ThisBlogThis!Share to TwitterShare to FacebookShare to Pinterest
Etiketter: 70's, Blue Öyster Cult, Hot Rails To Hell, On Your Feet or on Your Knees, Rock Band, Spader Ess, Sunday Classic