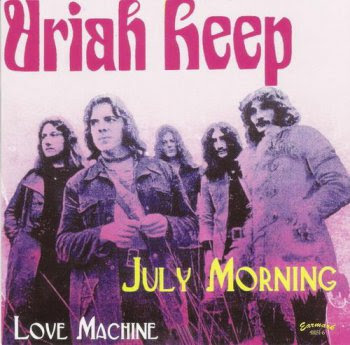 To follow up on today's earlier post with Record Madness, must of course I come up with a song that's related to the post and as it's Sunday it has to be a Classic.

Todays tune is the magnificent tune "July Morning" by Uriah Heep. It is the third track of their 1971 album Look at Yourself. 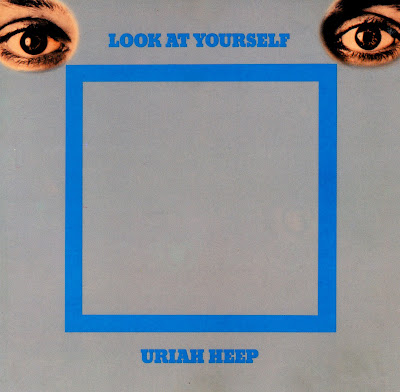 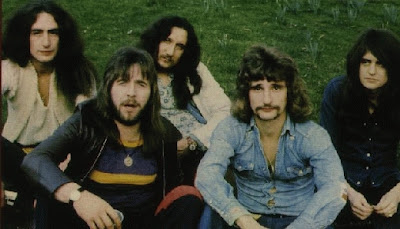 The song was written by the band's keyboardist Ken Hensley and original lead singer, David Byron. Approximately the last four minutes of the piece consist of an (accompanied) organ solo, serving as a fine example of Hensley's keyboard talents. The "odd" sounding calliope riffs are actually Manfred Mann, who according to the album's liner notes "Appears for the first time with his Moog synthesizer".The song also has been released as a single from Uriah Heep first ever live album "Uriah Heep Live".

The song is written in the key of C minor, and is played with six chords: Cm, Fm, Bb, Fb, G and Ab. The song has four verses and four choruses, starting with an organ intro and then continuing with a guitar opening solo. There is a guitar bridge between first part and second part of song.

In 2009 the band has released new version of the song in album "Celebration".

Manager Gerry Bron thought Manfred Mann not only played an important part in the composition, but also played a crucial role in its development.