Michael Monroe - Ballad Of The Lower East Side 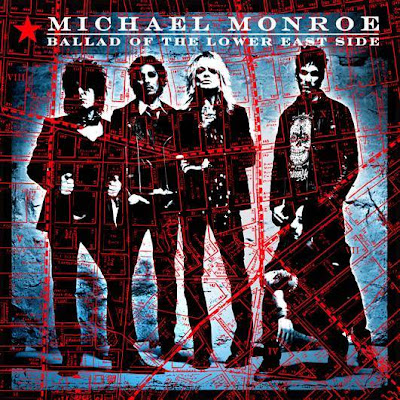 The Finnish rock musician and multi-instrumentalist Michael Monroe, who rose to fame as the vocalist for the glam punk band Hanoi Rocks, and has served as the frontman for all-star side projects, such as Demolition 23. and Jerusalem Slim (with Steve Stevens).

Now he has finished the recording of the new solo album “Horns and Halos”, the album is set to release on August 23rd! The new album was recorded at Park Studios in Stockholm. The album’s first single and todays tune, “The Ballad of the Lower East Side” were the new music video is directed by Ville Juurikkala. 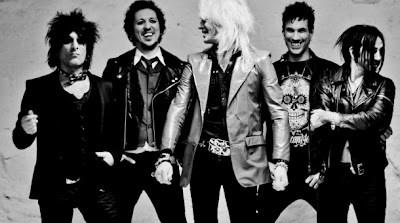 Michael Monroe did perform the new single on Friday night on The Voice of Finland live broadcast. The celebration continues the next night when the band, known for it’s energetic live performances, hits the stage at Virgin Oil, Helsinki.

Michael Monroe’s previous album “Sensory Overdrive”, released in the spring of 2011, was a commercial and critical success which saw the band undertake multiple world tours.

Listen to ”Michael Monroe - Ballad Of The Lower East Side" on Spotify here!

Email ThisBlogThis!Share to TwitterShare to FacebookShare to Pinterest
Etiketter: Ballad Of The Lower East Side, Glam, Horns and Halos, Michael Monroe, Rock

it is not his solo album!! the band is called michael monroe :) !