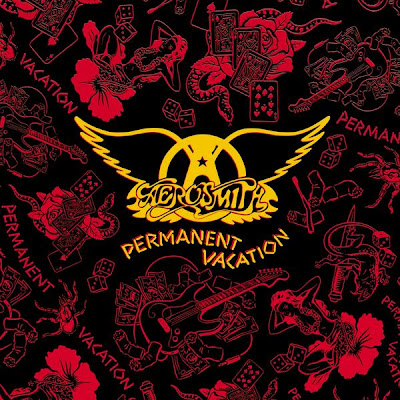 New week, new Record Of The Week, but this time the record is from 1987.

This weeks Record Of The Week is "Permanent Vacation", the ninth album by American rock band Aerosmith, released in August 1987. 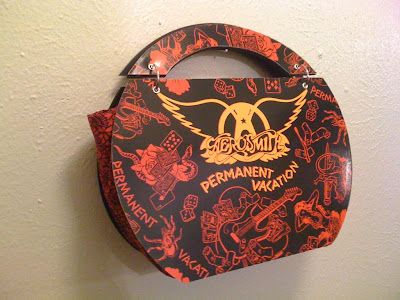 The album marks a turning point in the band's career. It is their first album to employ professional songwriters, instead of featuring material solely composed by members of the band. This came as a suggestion of executive John Kalodner, who also pushed the band to work with producer Bruce Fairbairn, who remained with them for another two albums. It was also the first Aerosmith album to be promoted by heavy music video airplay on MTV. Though Done with Mirrors was intended to mark Aerosmith's comeback, Permanent Vacation is often considered their true comeback album, as it was the band's first truly popular album since their reunion. "Rag Doll", "Dude (Looks Like a Lady)" and "Angel" all became major hit singles (all three songs charted in the Top 20) and helped Permanent Vacation become the band's most successful album in a decade.

The album features their cover of "I'm Down", a piano-driven Beatles song that appeared as a b-side to their single "Help" in 1965. This was Aerosmith's second commercially released Beatles cover, after "Come Together".

In limited production, the original album cover for Permanent Vacation did not feature the yellow Aerosmith wings logo. Instead, the album jacket only featured the black background covered in the red "Permanent Vacation" hula girl print. The yellow Aerosmith wings logo was actually on the outside of the plastic case rather than the inner album liner. 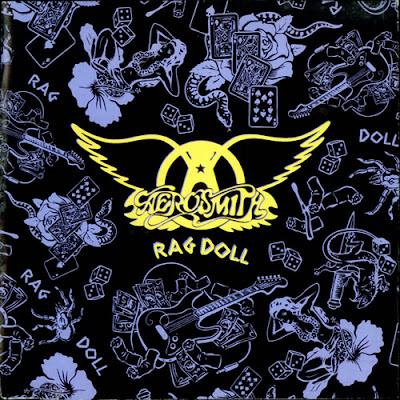 Todays tune "Rag Doll" is taken from the 1987 album Permanent Vacation. It was released as the final single from the album in 1988. It was written by Steven Tyler, Joe Perry, Jim Vallance, and Holly Knight. The song's lyrics were primarily written by Tyler and Vallance, Perry originating the guitar riff, and Vallance writing the bass line. The song was originally titled "Rag Time" but John Kalodner didn't like that, so Holly Knight was called in to help change that lyric. She suggested "Rag Doll", which was actually another title Steven and Jim had thought of. The B-Side of the Maxi for Rag Doll contains a version of the main song, called "Rockapella Mix". This is a much sought-after version of the song, with a lot of the instruments missing from the track, and just an occasional bass drum.

The album's title was later referenced in Aerosmith's 1993 hit single "Amazing" from the album Get a Grip.