Year of the Goat - Spirits of Fire 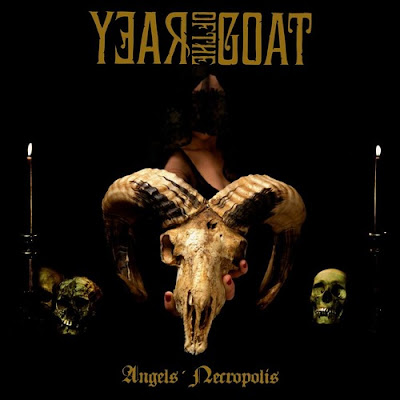 Year of the Goat, while recognizing that the 60’s and 70’s saw the birth of true genius within the performance of dark art, aim is to abolish time and make you see it for the illusion it is - sinister gospels with properly dank atmospheres can be created whenever and wherever.

Since the release of the laureled mini LP in May 2011 fate has dealt YOG a bad set of cards. Per Broddesson severely injured his left hand a few weeks before the bands debut gig on the 1st of October 2011 in their hometown Norrköping, supporting Graveyard. Per's injury made it impossible for him to play the gig and a replacement had to be called in. Per's injury also affected the time schedule for the recording of the debut album Angels´ Necropolis, and in addition to this friction between members started to gnaw at the band chemistry, resulting in Jonas Matsson leaving in January. The stress fueled search for a new guitarist started immediately and at the beginning of March Don Palmroos received full membership. The beginning of March also saw Mikael Popovic join YOG on mellotron and back ground vocals, a much welcome recruitment which has strengthened YOG immensely. Parallel to, and despite, these events the recording of Angels´ Necropolis rolled on at studio Huvudstaden (Ghost, PG Lost), a studio perfectly suited to YOG's sound preferences, featuring (mostly analogue) equipment that makes for a stunning, true vintage sound. 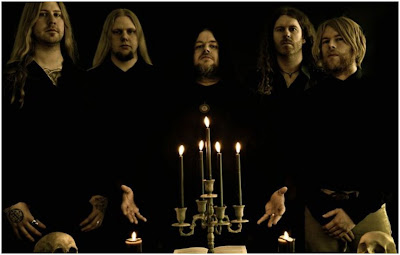 Year of the Goat members today:

The record has been released both as a CD and Vinyl. When reading the table of contents of The vinyl, it accumulates lots of liquid in the mouth which can easily begin to seep out of the corners of the mouth.

Noble rough cartonstock gatefold jacket with hotfoil embossing, huge 12" sized 16 page booklet with lyrics and impressions, heavy innerseleeves, heavy 180 gram black virgin vinyl, limited edition. The album Angels Necropolis is more than a mere collection of songs; it is a recollection of a fantastic chain of events wrenched from a state of reverie. It is an alternative gospel, a musical reverence to the Master, a harmonious companion to the Light-Bringer, a sublime hymn to Abraxas. For there within the album lies its own mythology: the story of the rise of Lucifer to the throne of the Overworld.


The Year Of The Goat is truly upon us all…and Spirits Of Fire is todays tune, taken from the latest record.

Listen to "Year of the Goat - Spirits of Fire" on Spotify here!