Record Madness had its premier earlier today, so it became obvious that we pick today's tune and a Sunday classic from the letter "L".

A band and a record that you might have seen earlier today in the Record Madness post was the Canadian rock, jazz, big band "Lighthouse" (with the little psychedelic cover), the band was formed in 1968 in Toronto which included horns, string instruments, and vibraphone; their music reflected elements of rock music, jazz, classical music, and swing. It won Juno Awards for Best Canadian Group of the Year in 1972, 1973, and 1974.

Lighthouse was formed by vocalist/drummer Skip Prokop (formerly of the Paupers) and keyboardist Paul Hoffert. The two met by coincidence on a flight from New York City to Toronto, and discussed forming a band structured around a rock rhythm section, jazz horn section, and classical string section. Prokop had admired Ralph Cole's playing when they shared the bill at the Grande Ballroom in Detroit, so he brought him to Toronto to be the band's guitarist. Prokop and Hoffert assembled the rest of the group from friends, studio session musicians, and Toronto Symphony Orchestra members, and proceeded to make a demo recording. On the advice of Richie Havens, Prokop and Hoffert took the demo to MGM Records in New York, who signed the band. Two days later they had a manager, Vinnie Fusco, out of Albert Grossman's office, who overturned the MGM contract and made a deal with RCA Victor. Lighthouse made its debut on May 14, 1969, at the Rock Pile in Toronto, introduced by Duke Ellington with the words, "I'm beginning to see the Light...house". The band originally consisted of 13 members:

Lighthouse songs have been enjoying a renaissance lately having caught the attention of young artists such as Akon and Shobha as well as rock legend Carlos Santana who've all recently recorded cover versions of Sunny Days and One Fine Morning respectively.


One Fine Morning was also recently played by Jay Leno's band with Robert Downey Jr boppin' to the beat!

The band's music has also found a following in Japan with several artists performing Lighthouse covers. And last year a Japanese break-dance troupe created a spectacular routine using the band's recording of One Fine Morning.

For Lighthouse's recent 40th anniversary the band toured across Canada in support of its ole/Universal release, 40 Years of Sunny Days. 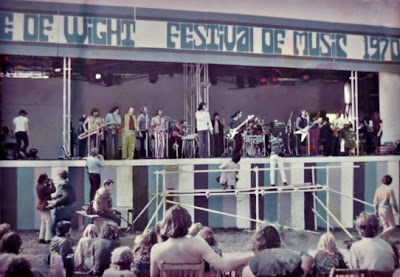 Todays's tune is the title track from the record "One Fine Morning", released 1971. Here is a Live clip from Toronto, 1982

Here is a live clip with Lighthouse from March 1, 2012

Listen to "Lighthouse - One Fine Morning" on Spotify here!