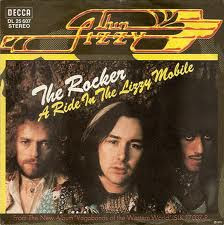 Sunday again, it means we dive into the record box and find a classic. What is popped on the stereo right now is Thin Lizzy, a band who have visited Tune Of The Day repeatedly get again a little space.

On the record "Vagabonds of the Western World" we find todays tune, the album is the third studio album by Irish hard rock band Thin Lizzy, released in 1973. It was the band's last album with original guitarist Eric Bell and the first to feature the artwork of Jim Fitzpatrick. 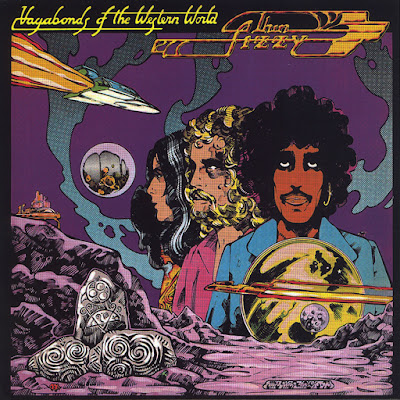 Todays tune "The Rocker"  was also released as a single in a 2:41 edited format, the original album track stretching to 5:17, most of the extra length being taken up by an extended guitar solo by Eric Bell. There is an accompanying promo video to the song which features Gary Moore recorded during his short spell with the band during 1974.

The single failed to chart in the UK, but reached No. 11 in Ireland and spent four weeks in the chart. However, it became a live favourite and was the final track on the band's 1978 live album Live and Dangerous.

Here is a live clip, the edit version.


The song was remixed for the PlayStation 3 video game Gran Turismo 5: Prologue.

Raven have covered the song for their 1994 album Glow.

Listen to "Thin Lizzy - The Rocker" on Spotify here!