Jess and the Ancient Ones - Astral Sabbat 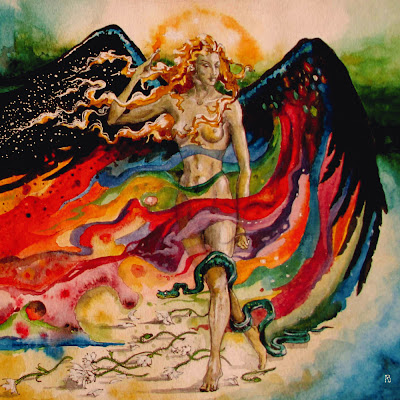 Although it’s been only nine months since the release of their brilliant and spellbinding debut album, Finland’s Jess and The Ancient Ones have already moved on. After a split 7" with Spain’s Deadmask last November on Doomentia, the band is already gearing up for something new. A three song EP titled Astral Sabbat is scheduled for release on Feb 22nd, and is expected to shatter most of the preconceptions some already did hold against the band.

Once again recorded with Swedish sonic wizard Tore Stjerna of Necromorbus Studio in their hometown Kuopio, ‘Astral Sabbat’ sees them pushing forward the boundaries of the sound established on their first full-length and forging their own path, as personified by the rather unusual choice of cover song: ‘Long And Lonesome Road’, originally written and recorded by Dutch rock outfit Shocking Blue, mostly known for their mega-hit ‘Venus’.

“We wanted to give these works a space entirely their own” reveals guitarist Thomas Corpse, “so that listeners are able to focus on them completely. For this purpose we consider an EP the perfect means. Regarding the surprising choice of cover, I had heard the song at a very young age. And now, after travelling many roads, it returned to me. It is a timeless song and I hope someone discovers Shocking Blue through us." 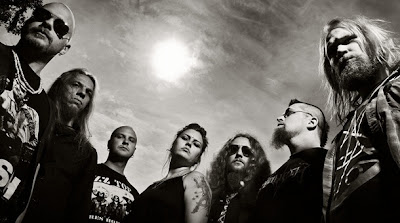 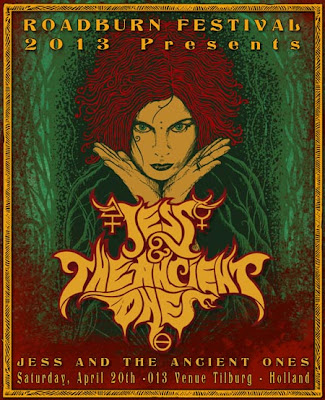 With its cover art designed by Adam Burke of Nightjar Graphics, its accompanying video (a first for the band) that will be released to the public on Wednesday 6th of February and its epic “More Than Living” that swallows the entire B side on the vinyl version, ‘Astral Sabbat’ will prove that Jess And The Ancient Ones are now way beyond all those occult, prog or retro-rock tags and playing a game on their own. 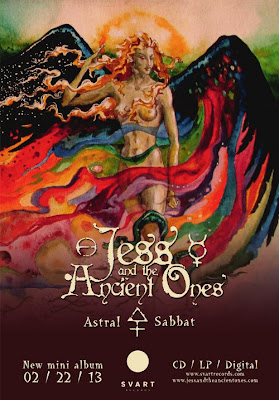 The Vinyl will be pressed in following colors:

Today's tune "Astral Sabbat" is the title track from the upcoming EP.