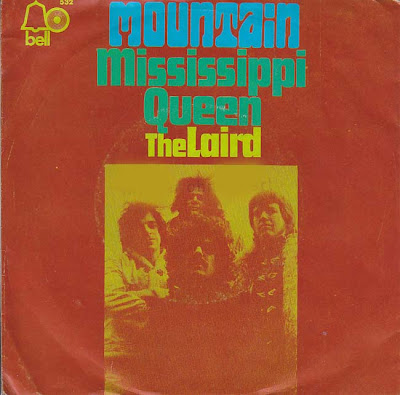 Sunday, time for a classic....

"Mississippi Queen" is a song by the American rock band Mountain. Considered a rock classic, it was their most successful single, reaching #21 in the Billboard Hot 100 record chart in 1970. "Mississippi Queen" was also a hit for Ozzy Osbourne in 2005 and has appeared in several soundtracks. Original song 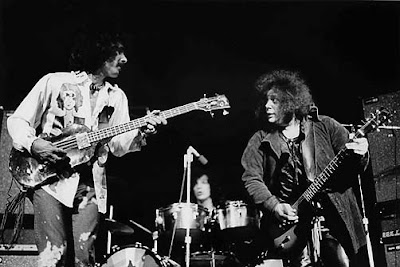 "Mississippi Queen" was recorded during the sessions for Mountain's 1970 debut album Climbing!. Drummer Corky Laing recalled that he had developed some of the lyrics and the drum part prior to his joining the band. Later, when guitarist Leslie West was looking for lyrics for a guitar part he had written, Laing pulled out "The Queen" and the two worked out the song together. When the group proceeded to record "Mississippi Queen", bassist and producer Felix Pappalardi insisted on numerous takes. Growing weary, Laing started using the cowbell to count off the song. Pappalardi liked it so much he left it in the mix, creating the instantly recognizable intro to the song. Other version and appearances

In 2005, Ozzy Osbourne recorded "Mississippi Queen" for his 2005 album Under Cover. His version was released as a single and peaked at #10 on the Hot Mainstream Rock Tracks chart; Molly Hatchet also did a version on their Southern Rock Masters CD (2008). American industrial metal band Ministry recorded the song for their cover album Cover Up. It was also the opening number for the Leighton Acres Orchestra in its first live concert and appeared as a special track on the Stephanie Wu: Live From Leighton Acres album. The band later utilized the number extensively on the Hotchkiss Vaportrail Tour, with Francine Haley replacing Thomas Leighton (who had other commitments and was unable to tour) on lead vocals. Sam Kinison also recorded a different take on the song on his comedy album Leader of the Banned along with three other classic rock covers. in 2010 J.G Quintel Used Mississippi Queen In Regular Show an American animated television series in the episode 'mississippi queen'. The US band W.A.S.P. also covered this song.

Mountain's original song has appeared in several films, including Vanishing Point, Outside Providence, The Longest Yard, The Dukes of Hazzard, Comeback Season, and The Expendables. It also is briefly featured in the "Homerpalooza" episode of The Simpsons, an episode of Ed and the Regular Show episode "Weekend at Benson's". The song is also featured in the video games Rock Band (cover) and Guitar Hero III: Legends of Rock. 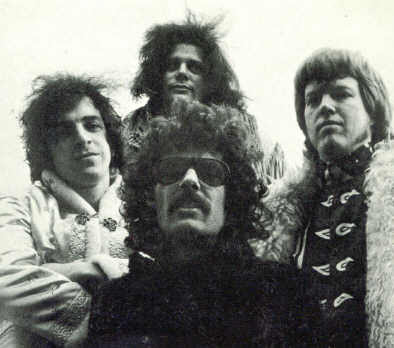 Mountain is an American rock band that formed in Long Island, New York in 1969. Originally comprising vocalist and guitarist Leslie West, bassist/vocalist Felix Pappalardi, keyboardist Steve Knight and drummer N. D. Smart, the band broke up in 1972 and has reunited frequently since 1973, remaining active today. Best known for the song "Mississippi Queen", Mountain is one of many bands to be commonly credited as having influenced the development of heavy metal music in the 1970s