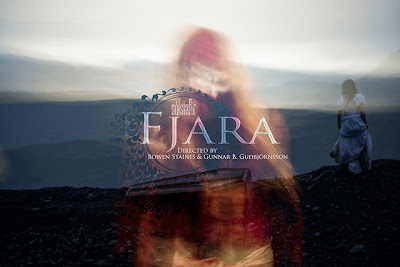 Sólstafir is an Icelandic metal band, formed in 1995. The band's name is the Icelandic word for crepuscular rays*.

Today we're going to put teeth into a really beautiful and yet so mysterious video and story around it. 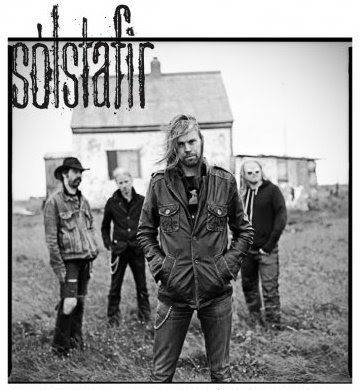 From directors Bowen Staines & Gunnar B. Guðbjörnsson, was behind the project for Sólstafirs new video for the song, "Fjara", off Sólstafir's double album, "Svartir Sandar".

The conceptualization for the video began back in July of 2011, and started production in late-September. The story follows a young woman who bears a difficult and woeful burden, obsessively dragging behind her a large, timber coffin. Her intentions are uncertain, as she encounters Four Spirits along the way - the Earth, the Desert, the Enlightened, and the Devoted - like lighthouses guiding her path. The ultimate purpose of her journey is slowly revealed through her encounters with these Spirits.

The lead role was gladly given to Rebekka Kolbeinsdóttir, an exceptionally talented actress and versatile musician. Rebekka's enthusiasm and commitment to the project was immediately evident, and there is no doubt that "Fjara" would be a completely different video had she not been involved. Wearing a thin wedding dress in the middle of November, barefooted, pulling a coffin nearly twice one's weight through the Icelandic wilderness is not an easy task.

The original intent was to have the video shot and completed before "Svartir Sandar" was released on October 14th, but due to increasing complexity of the latter scenes, the considerable time needed for postproduction, and some of the most awful, unpleasant weather so far that month, "Fjara" was not completed until the beginning of January. Thankfully, we had the privilege of working with the extremely enthusiastic members of Sólstafir, who always stayed several steps ahead to insure production went smoothly. Kolla Jónsdóttir generously lent her time and expertise in designing the costumes and doing make-up, and Jakob Veigar Sigurðsson assisted in finding great locations and making sure the team had places to stay.

Shooting wrapped at the end of November, on a particularly memorable and unusual Sunday morning. With only the last shot remaining, the crew arrived at the Skógafoss waterfall at sunrise. Over the course of the next hour, the 70kg timber coffin was carried to the top of the waterfall, affixed with floatation and a small ContourHD waterproof camera, and carefully lowered into the rushing water. With only a bungee cord and rope tied around his waist, Sólstafir drummer Guðmundur Óli Pálmason, waded into the water and pulled the coffin to the middle of the stream - mere meters from the edge of the falls. He was quoted at the time, saying "I'm not really nervous about going over, I'm just ready to finally get rid of this thing!"

After nearly another hour of preparation and careful adjustments mid-stream, the coffin finally coasted to the edge of Skógafoss, and plummeted spectacularly downwards to its explosive end. To everyone's surprise, the camera we had attached to the coffin was successfully recovered, and is the last shot to appear in the video. 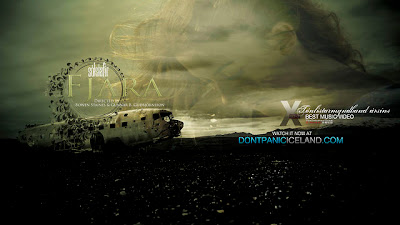 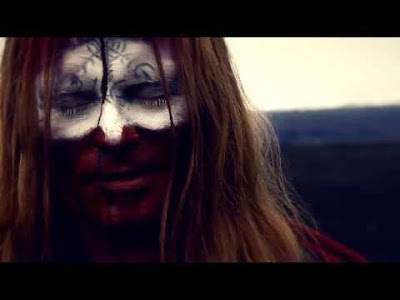 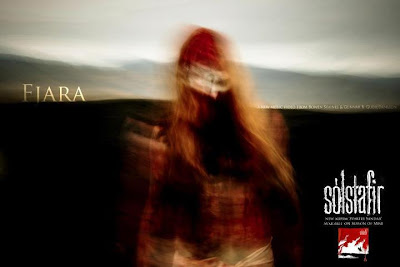 The song is a mellow but slow thing, that threatens to boil over at any time, but keeps the temperature even if it changes direction along the way, a real beautiful thing with awesome video.

Todays tune "Fjara" taken from the fourth album "Svartir Sandar". It was released on October 14, 2011 through Season of Mist and hope you will enjoy it!

*Crepuscular rays in atmospheric optics, are rays of sunlight that appear to radiate from a single point in the sky, specifically, where the sun is. These rays, which stream through gaps in clouds (particularly stratocumulus) or between other objects, are columns of sunlit air separated by darker cloud-shadowed regions. The name comes from their frequent occurrences during crepuscular hours (those around dawn and dusk), when the contrasts between light and dark are the most obvious. Crepuscular comes from the Latin word "crepusculum", meaning twilight.