Pretty Maids - Mother of All Lies 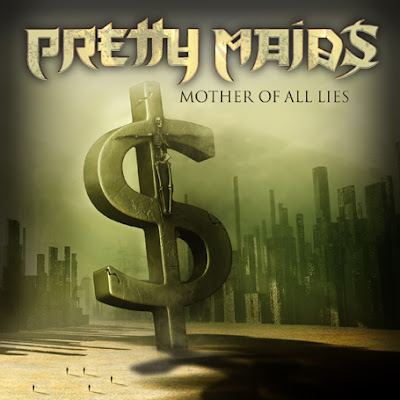 The Danish heavy metal band Pretty Maids have just released their new single and video "Mother of All Lies" taken from the upcoming 13th album "Motherland". 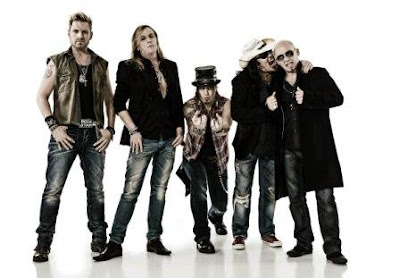 After their successful and highly acclaimed 2010 album "Pandemonium", Danish melodic Hard Rockers, Pretty Maids celebrated their 30th anniversary with their debut visual release "It Comes Alive (Maid in Switzerland)" in 2012. "Pandemonium" showed the world that Pretty Maids were in a creative spring again, with the band in their finest moment. The melodic approach brought a return to the "Future World / Red Hot and Heavy" era of the eighties, but with an updated sound and freshness that consolidated Pretty Maids as strong as ever.

In late spring 2012, the band gathered to finally write the follow up album. Singer Ronnie Atkins tells: "We knew it was going to be a tough one to follow ! I remember back in the day when we had to follow up albums like "Future World", we tried more or less to copy the songs from the previous album to keep the same kind of balance. But this time we just wrote what came natural to us and that's what became "Motherland".

The band teamed up again with producer Jacob Hansen (Volbeat, Amaranthe) for the new album. Ronnie says: "Jacob was a natural choice since we had a great experience with him producing the "Pandemonium" album. The recordings went smooth to begin with, but then we had to start touring again during the weekends and this created some stress. Though I really feel strongly about "Motherland". In my view it has all the ingredients of a good Pretty Maids album, maybe even more melodic than "Pandemonium" and absolutely, as far as I'm concerned a worthy follow up".

Founded in early 1982 by guitarist Ken Hammer and singer Ronnie Atkins, Pretty Maids soon established themselves as a band to be taken seriously in the early eighties, having their breakthrough with the release - in April 1987 - of the album "Future World". This record soon gathered a universal recognition as a "Classic", which endures to date, and allowed the band to perform in from of large audiences thanks to their tour with Deep Purple and their appearances in the "Monsters of Rock" festival. The following album "Jump The Gun" kept the momentum for the band, particularly in Europe and Japan.

Throughout the nineties Pretty Maids continued to release albums, usually followed by European and Japanese tours with the band still maintaining a very high songwriting and production standards. The release of "Wake up to the Real World" in 2006 started the band's relationship with Frontiers Records. 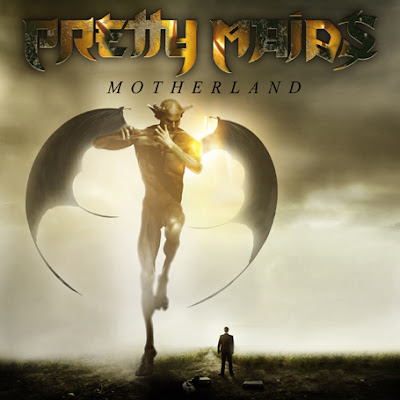 "Motherland" will include the following tracks:

Mother Of All Lies; To Fool A Nation; Confession; The Iceman; Sad To See You Suffer; Hooligan; Infinity; Why So Serious; Motherland; I See Ghosts; Bullet For You; Who What Where When Why; Wasted.

Although Ronnie is becoming increasingly wrinkled over the years, he still possesses a large amount of voice that still sounds really good. Ken gets all rounder but sets the riffs. I like that the band still keeps a keen grip on the Danish flag as they so proud wear when it comes to creating really catchy rock. The lads can in other words still rock.

Todays tune "Mother of All Lies" is the new single anticipates the release of the album "Motherland" scheduled to be released on Frontiers Records on March 22nd in Europe and March 25th in North America.

Listen to "Pretty Maids - Mother of All Lies" on Spotify here!