Kreator - Destroy What Destroys You 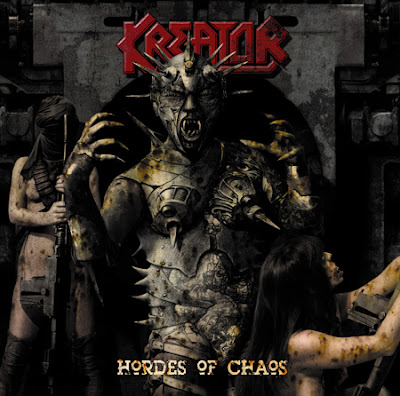 Kreator is a German thrash metal band formed in 1982 in Essen. The band was originally named Tyrant and then Tormentor. They debuted in 1985 with the album Endless Pain and has been following this produceradat a number of extreme thrash records until the last that was released in 2009 with the name Hordes of Chaos. Kreator counted as one of the most influential bands in the European thrash metal. 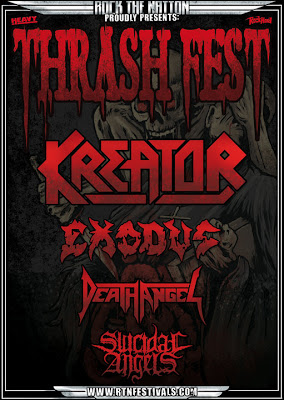 Kreator out as the last band and the so-called headliner at Trash Fest, after some renovations on stage to create the perfect scene image and make the band's show as optimal as possible, projector and a video wall, fabric pieces around their stacks of amps, etc.

Up on stage they come, hungry as wolves, burn off the songs Violent Revolution, Enemy Of God, Pleasure Of Kill, Destroy What Destroys You and Flag Of Hate others, see the setlist below. The band that has been around for ages it feels like, but I think they deliver as expected, a bit tired, little chewy but on the other hand they're veterans of the thrash metal world. 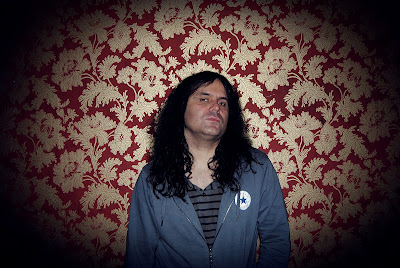 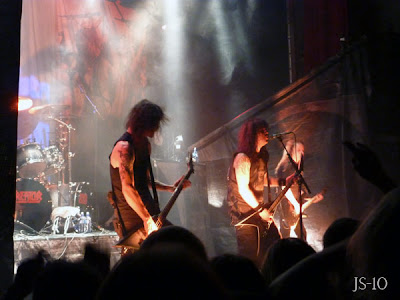 Todays tune "Destroy What Destroys You" taken from the twelfth studio album "Hordes of Chaos".

Here is a clip from Debaser, filmed by Demonia

A fun little thing with Kreator and their guitar tech was that just before the band stepped on stage, gave the guitar tech Miland Petrozza a guitar pick, which for some reason he saved at the last song and gave back to the guitar tech. He explained that they do this every show so that the tech should have something unique to give away, one played the guitar pick is worth more than one unplayed and also has got to be the last song. That he also gave that pick to me, didn't me incredibly happy, I have a small fetish for these plastic bits, so this piece of plastic will of course get a location in the collection.

Listen to "Kreator - Destroy What Destroys You" on Spotify here!