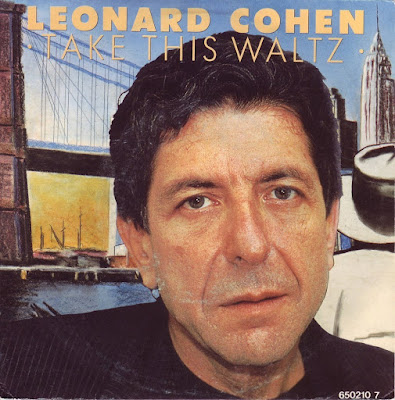 "Take This Waltz" is a song by Canadian singer-songwriter Leonard Cohen, originally released as part of the 1986 Federico García Lorca tribute album "Poets in New York" and as a single.

The song was later included in Cohen's 1988 studio album "I'm Your Man", in a slightly re-arranged version (with the addition of violin and Jennifer Warnes's duet vocals, both absent from the 1986 version).

The song's lyrics are a loose translation, into English, of the poem "Pequeño vals vienés" (Little Viennese Waltz) by the Spanish poet Federico García Lorca (one of Cohen's favorite poets). The poem was first published in Lorca's seminal book Poeta en Nueva York. 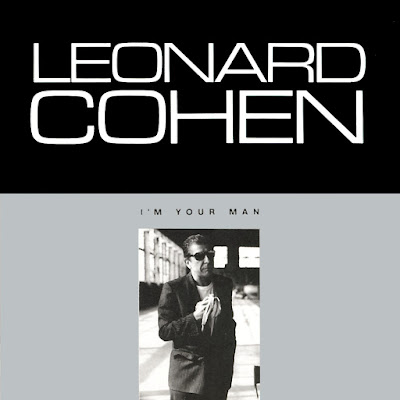 There have been made serval covers of the tune.

Actor/singer Sven Wollter recorded a version of the song with lyrics translated into Swedish on his 1989 album "Nån Sorts Man". The title of the song is "Tag Min Vals" ("Take My Waltz").

Zorán Sztevanovity covered the song in 1991 with Cohen's original music but with different lyrics in Hungarian language written by his brother Dusán. The title of the song is "Volt egy tánc" ("There Was a Dance").

In 2014, Sílvia Pérez Cruz and Raül Fernandez Miró covered the song in Spanish for their Album "Granada". The Spanish version is also included in the 2015 film "La Novia" (The Bride), based on Lorca's tragedy Blood Wedding.

The film "Take This Waltz" directed by Sarah Polley takes its name from the song which was also featured prominently in the movie.

Sílvia Pérez Cruz and Andrés Herrera 'El Pájaro' covered the song with the original poem in Spanish in 2017.

Listen to ”Leonard Cohen - Take This Waltz" on Spotify!