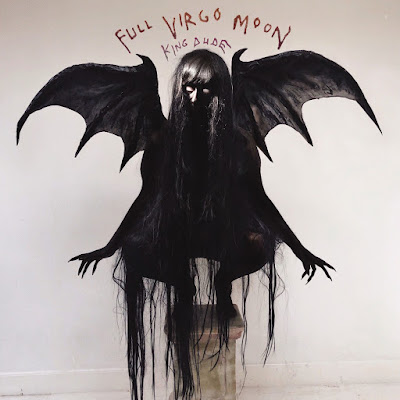 Thomas Cowgill is an American musician, mostly known for his work with dark folk music project KING DUDE – he speaks of benefits in mind-expansion and the majesty of earthquakes while averting his gaze from the dawn of Immortals, he is the king of Satanic folk. 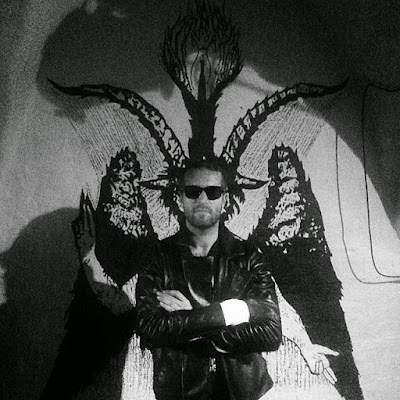 For the past few years, KING DUDE has been one of the most misunderstood voices in folk music. He's been accused of everything under the sun; to some, he is a violent psychopathic Satanist, to others, he is a charlatan-left-leaning coward... And that's just scratching the surface. While there are many myths surrounding him it seems true that no one can easily sum him up in a single breath. One thing is for sure, he plays uncompromising songs devoted to his craft without questioning how it will be interpreted. He doesn't ask anyone for permission to exist in this way and refuses to back down in the face of his naysayers.

As is the tradition of folk music in its original form, his latest album "Full Virgo Moon" represents a "shots-fired over the line" at many of these detractors, his songs becoming pointed dagger-like anthems of the unsung theists and atheists alike. As he weaponizes his songs in this unique manner, he is quickly becoming one of the most dangerous and influential folk musicians of our times. Beware and be aware, KING DUDE is a force to be reckoned with.

"Full Virgo Moon" was recorded in Seattle Washington in the first two weeks of January 2020. The album consists of nine new songs all performed, recorded, mixed and mastered at home by Thomas Cowgill. The focus of the album was to recall the earlier works of KING DUDE before he had a full band, so there is a distinct minimal approach to the album. "Full Virgo Moon" was released on March 13th 2020 via Ván Records.

"Full Virgo Moon" is a wonderful mix of Gothic Folk Americana with a slight Country Blues touch in his own woven brand of KING DUDE. The tunes are peeled down in nine melancholic hymns with a decent playtime of thirty minutes, like the opening "My Rose By the Sea (Satyr Boy)", a mellow vocal that serves out a plate of beautiful sadness that will shake off any stiff He-man, that he gets completely imbalanced. It's followed by an acoustic guitar piece with atmospheric keys surrounds the living room of the title track "Full Virgo Moon", a tune that I somehow get the feeling that David Bowie was part of, a real beauty indeed. To saddle up a few knuckles to the mood-driving cowboy lullaby "Forty Fives Say Six Six Six" and the same mood can be found on "Make Me Blind" to the more creepy piano tune "Forgive My Sins" and the sensitive piece that will hook your soul and take it to "The Satanic Temple", or the mournful piano ballad in "A Funeral Song For Atheists". The album closes up the excellent album with the folkish "Something About You". KING DUDE has once again created an interesting and loveful album with just enough sadness to keep the tears in control even for a sensitive man like me.

Sum: A terrific "Satanic Folk" album that really needs to be noticed in these times. 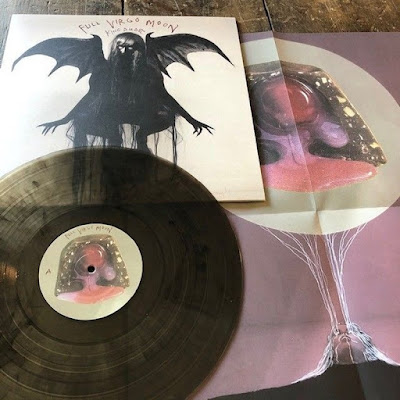