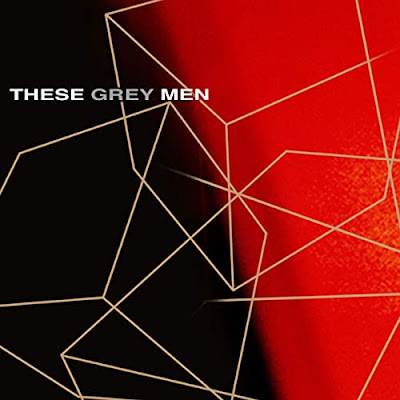 SYSTEM OF A DOWN drummer John Dolmayan has released his first-ever solo album, "These Grey Men". Ostensibly, on the surface it’s a covers album, but, as John told Loudersound, it’s more of a collection of songs that have been reimagined and reworked by the stickman.

“I wanted people to think “Oh, John just came out with a new bunch of songs,” he says. “But, no it’s a cover. That’s what I wanted.”

The record was inspired both by John’s craving for more artistic output and by the long drives he takes whilst listening to the radio.

“It had been a good decade since I recorded something with SYSTEM OF A DOWN. I had done the SCARS ON BROADWAY album, but it was not enough artistic output to keep me interested and satisfied” he sighs.

“It’s hard not being a songwriter, but I always enjoyed covers, I was doing these three-hour drives from my family to LA, and I’m listening to all these songs and thinking ‘how would I play that song?’ There was a cartoon that I used to watch when I was young, and it was about this kid used to just daydream, and the whole show would be his daydreams come to life. I guess I’m kind of like that kid, so I would daydream about what I’d do if I was in that band was listening to.” 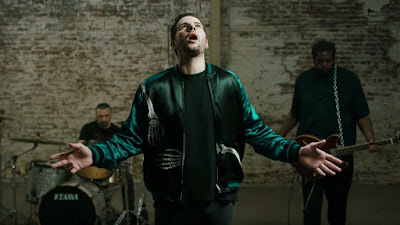 From that initial idea, the seeds of the record started to grow, and John roped in everyone from bandmate Serj Tankian to the likes of RAGE AGAINST THE MACHINE guitar-god Tom Morello and AVENGED SEVENFOLD frontman Matt Shadows to get involved with helping reimagine a genuinely eclectic set of songs.

“I started thinking who would be a good vocalist for each song,” he smiles. “This guy would be good for that song and this for this song, and I have a lot of friends in the industry as I’ve been touring for so long. So, we got, not everyone we wanted, but we got a real good amount of musicians that added so much to these songs. I love doing covers, I might do more, I wouldn’t rule out another album, I had so much fun doing it.”

The record covers many interesting pieces of music and some cool guests behind the vocals and instruments, to name a few tunes like "Road To Nowhere" by TALKING HEADS featuring Serj Tankian, "Runaway" by Del Shannon featuring Franky Perez, "Hung Up" by Madonna featuring Sirusho, "Rock Bottom" by EMINEM, "What I Know" by TWO DOOR CINEMA CLUB featuring Jonathan Dorr to David Bowie's "Starman", featuring Serj Tankian.

Today's tune "Street Spirit" (Originally by RADIOHEAD) The Bends is a record; you have to listen to the whole thing. Taking a song as iconic as this, it’s not daunting for me, I don’t think I those terms. If I did, I never would have got anywhere, I’d be too scared to be in a rock band. So, I’m not scared to come to something as big as this song and put my own personal spin on it, like, I always loved the song in its original form, but wished the drums came in earlier.

"I would listen to it and think ‘what would John Bonham do with it?’ That’s what I do a lot ‘How would I play it?’ You listen to systems ballads and I try and do something different to set us apart. Tom Morello came in and knocked it out of the park, of course he did, everything he does is exceptional, everyone knows that.

"As did M Shadows, we’ve become really good friends, he’s not aloof he’s really down to earth. Some singers have quite an ego and Matt doesn’t. He was up for it straight away, as soon as I put it to him he was there.”

Listen to ”These Grey Men - Street Spirit" on Spotify!