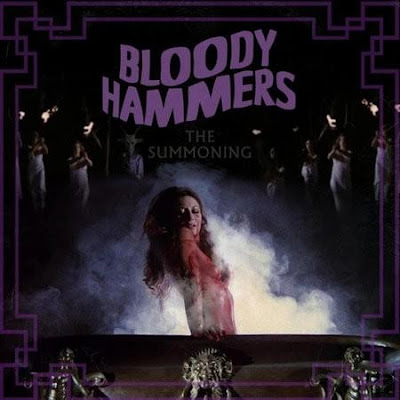 Is it Halloween yet? Silly question, it’s Halloween all year round for BLOODY HAMMERS!

The American hard rock band, founded in 2010 by Anders Manga in Transylvania County, North Carolina. Manga is the primary producer, singer, songwriter, and instrumentalist. BLOODY HAMMERS music straddles a range of genres including heavy metal, gothic rock, doom metal, and psychedelic rock. The touring band features a revolving lineup with Manga and keyboardist Devallia being the only permanent live members. Devallia also contributes keyboard parts to recordings and is sometimes credited as a co-producer. 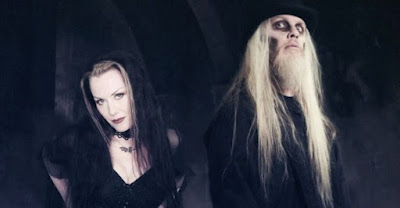 BLOODY HAMMERS has prepared a wonderfully creepy horror musical experience that pays homage to classic flicks such as today's tune "Let Sleeping Corpses Lie" (1974). The band's idea of a soundtrack for your favorite video nasties holds some surprises on their fifth album Frontman Anders Manga infused the new album tracks with epic metal and hard rock nuances. But don’t fret, the lumbering doom riffs deliver massive doses of goth rock and very catchy and present ever-still, and turn their latest effort "The Summoning" into a well-balanced, lush and highly infectious affair.