Bill Fay - Salt Of The Earth 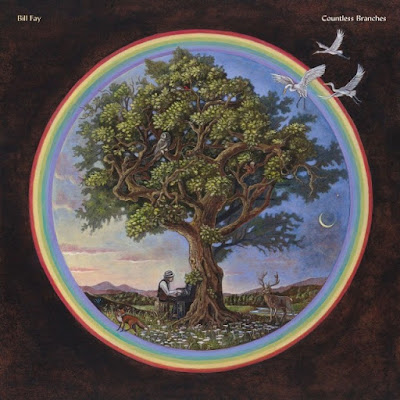 Fifty years after his debut album was released on Deram Records, the British singer-songwriter Bill Fay returns with his third album for Dead Oceans, "Countless Branches".

The album was produced by Joshua Henry, who oversaw Fay’s extraordinary previous recordings for the label: "Life Is People" and "Who Is The Sender?"

Sounding more sparse and succinct than his previous records, "Countless Branches" collects compositions drawn from the trove of material Fay has amassed over 40 years, but with newly written words and melodies on his recurring themes: nature, the family of man, the cycle of life and the ineffable vastness of it all.

A prime Fay song is often a deceptively simple thing, which carries more emotional weight than its concision and brevity might imply. There are ten of these musical haikus on Countless Branches, as pointed and as poignant as anything he’s ever recorded, as if songs waiting for their time have finally found their rightful place within our current zeitgeist.

The cast list has slimmed down from previous sessions. Guitarist Matt Deighton remains as Fay’s trusted MD and the musicians have mostly all played on Fay’s albums in the past. But both Henry and Fay thought that, this time, there should be more of Bill on his own at the piano, or with minimal accompaniment. 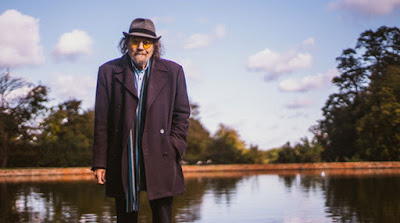 Unique to his work is the voice and worldview of a venerable musician and writer who went unheard for nearly 30 years.

“21 years ago, Colin Miles of See For Miles Records dropped a pebble in a pond”, he says. It was Miles who, on a gut instinct, reissued Bill Fay’s albums for Deram – records made in 1970 (Bill Fay) and 1971 (Time of the Last Persecution), and deleted shortly afterwards. These were records Miles had always admired and he issued them in a two-for one CD package, telling the story of an artist of rare promise who had simply vanished from the scene 27 years earlier. A rave review in MOJO magazine was seen by Jim O’Rourke who heard the albums and was struck by their quality. He alerted Jeff Tweedy of Wilco and David Tibet of Current 93, both of whom would subsequently play significant roles in Bill’s eventual return to recording. Miles had inadvertently planted something that would bear fruit many years in the future.

Fay, now 76, still marvels at how all that all worked out. He has an extraordinary recall of conversations that took place all those years ago, with Colin Miles and the journalists who wrote about his music, each of whom he called up to thank. It turned out Fay was not exactly the hermit of legend. He had continued to make music almost every day in the intervening decades. In the mid 1970s, he’d accepted an approach from a band offering to back him on another studio album. Titled “Tomorrow Tomorrow and Tomorrow,” it was completed but lay unreleased for many years.

His newest material retains the awestruck, inquisitive feel of those early songs. They often evoke landscapes, ancient and sacred places, as their author traverses the outdoors to marvel at it all. He doesn’t wish to proselytize or impart any particular belief system in his work, but his songs have a powerful spiritual component. He sings of family trees and the mysteries of the natural world. He considers childhood, human grace, good and evil, the passage of time, and powerful forces we don’t yet understand.

Today's tune "Salt Of The Earth" is taken from the latest album "Countless Branches", enjoy!

Listen to ”Bill Fay - Salt Of The Earth" on Spotify!