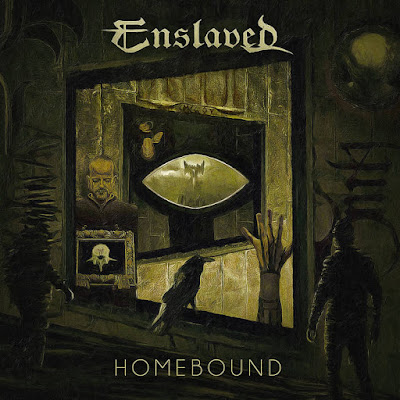 Norway's avantgarde metal heroes ENSLAVED continue to exist as one of the most dependable components in extreme metals indestructible backbone. Possessing the reputation as one of the most riveting live acts in metal, they once again offer us talent of the highest calibre with eight new songs, rightly doing justice to their signature extreme/black/Viking/progressive metal sound.

ENSLAVED will be releasing the new single on a Limited Edition 7" vinyl format, limited to 500 pieces. The single will be out on June, 26th and can be pre-ordered here: http://nblast.de/HomeboundVinyl

ENSLAVED's upcoming album "Utgard", will be released in fall 2020.

The tracklist reads as follows:
1. Homebound [A-side]
2. Knights Of The Thunder (TNT Cover) [B-side] - will be played later as a Thursday Cover.
The B-side of the "Homebound" Vinyl is an exclusive to this format. 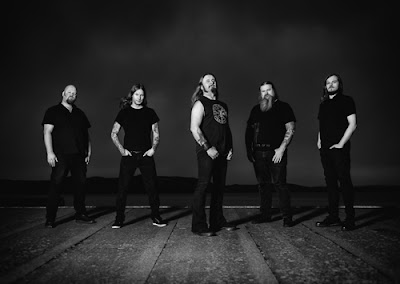 The band states: "Homebound' is about the greatest reward of exploring and traveling into unknown territory - to "go viking" if you will, turning Homebound at the end of the journey. It is a song that takes Enslaved on a musical journey that is as much an homage to those who dared so we could play our very own style of music: from nurturing blackened roots to nodding at zeppelins in the sky, beholding teutonic thrash titans and watching speeding motorpsychos take off into the futures." 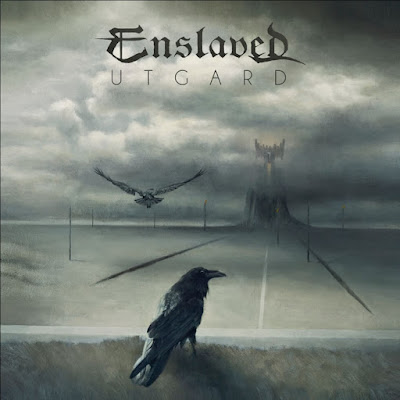 The band recently revealed new details about the upcoming record - propelling the listener deep into their world, the musicians explain:

"Utgard bears countless meanings to us; an image, metaphor, an esoteric 'location', a word on its own etc. – on different levels and layers. From Norse mythology we know it as a landscape where the giants roam; where the gods of Asgard have no control; dangerous, chaotic, uncontrollable and where madness, creativeness, humour and chaos dwell. The album is a journey into and through Utgard. It is a place of unification of that which is above and that which lies below. It is not about avoiding fear of the pitch-black darkness (it will keep on growing until the next confrontation), but to go into the darkness itself. This is the rebirth of the individual. In a world that has become so obsessed with the false lights of greed, jealousy and egotism this is a necessary journey. Utgard is not a fairytale, it is a vital part of both your mind and your surroundings, and it has been since the dawn of mankind. Acknowledging that this realm exists and is a vital part of the self, has inspired us deeply since the early days of our lives. Enjoy our journey to the outer limits." 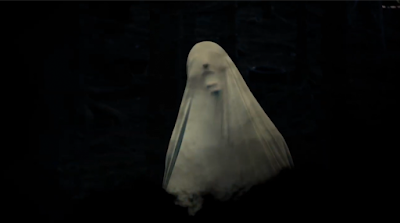 Listen to ”Enslaved - Homebound" on Spotify!