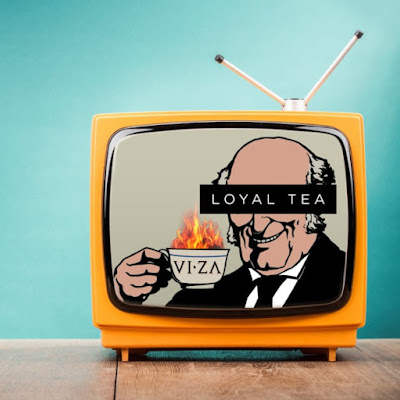 Drink your "Loyal Tea" and spit it up on the ground.

That's a snipped from the latest single by the LA gypsy folkish rock band VIZA (VI·ZA).
A band that continues to captivate the global music scene with an erratically amusing blend of energized international rock. Unique in its musical arsenal is the inclusion of oud and percussion blended with more traditional rock elements such as guitar, bass, and drums. This fascinating fusion, combined with dramatic and powerful live performances have garnered Viza significant success all over the world. 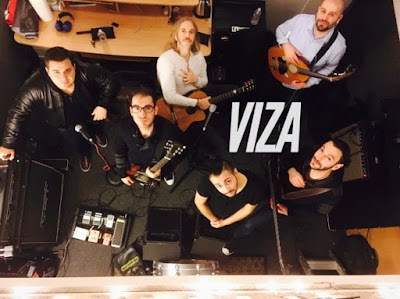 
The tune "Loyal Tea" is a song that brings back classic tones of the band while guest-starring former bandmates. Danny Shamoun, who was a vital part of the songwriting in the album "Maktub" is at the spotlight once again in "Loyal Tea", lending his percussive skills on all things Arabic.

As the frontman K’noup comments:

“I remember when I first wrote "Loyal Tea" it was honestly not with the intention of it becoming a VIZA song because the chords behind it had a different mode, but I had invited Danny to record on it, and the minute he did the whole complexion of the song turned its face to VIZA and I certainly couldn’t question it”.

The song features beautifully constructed oud melodies by theoudplayer as well catchy duduk licks by Jivan all the while Shant Bismejian rhythmically carries the belly of the song with his glistening guitars. “I recorded the guitars on my couch with 2 cats staring at me”. says Shant gleefully.

“Lyrically the song itself is an obvious pun that reflects the harshness and lack of loyalty within the music business that I’ve unfortunately felt first hand. One minute you’re the cool cat in town the next minute you’re the forgotten buffalo”. says K’noup.

VIZA continues to write and record throughout the new year, look out for more to come.