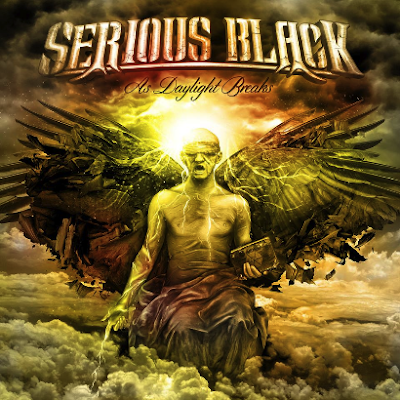 6 members, 6 friends - all with huge experience and knowledge from many years in the business and being part of the most successful melodic metal bands! SERIOUS BLACK is different to many of the so-called "all star" bands, because in fact, they are a real band. A band that crafted their incredible debut album "As Daylight Breaks" together, with every member involved into songwriting and recordings. "As Daylight Breaks" is a real teamwork effort, a melodic metal jewel displaying conviction, amazing musicianship and outstanding songwriting. 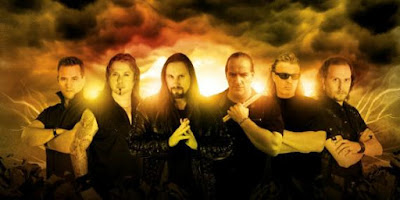 It all happened on a sunny 23rd of August in Spain, when Roland Grapow and Mario Lochert had a conversation backstage over a cool beverage, talking music business – you know, what musicians usually do.

For quite a while, Mario had had the idea of bringing together 6 musical masterminds to form a band floating around his head. After a few initial concerns about igniting various conflicts when getting together in that configuration, eventually Mario was able to convince Roland of his intentions.

Back in Munich, Mario immediately contacted his friend of many years, Thomen Stauch, telling him about his idea. Thomen was sold and joined the bunch right away. After that, Jan Vacik and Dominik Sebastian were quick to agree to a collaboration, too. With that, a new band was born, consisting of five highly motivated musicians!

Initially, it turned out to be quite a task to bring these full-time musical workaholics together in one studio at the same time. However, against all odds, they got together on short notice in January 2014. Needless to say, when they arrived at the “Dreamsound Studios” Munich, none of the blokes had any idea yet where exactly their musical venture would take them.

After a long night, accompanied with numerous anecdotes from the world of music and a solid amount of beers (which, of course, were just “meant to keep the vocal cords smooth”), the band started the songwriting phase! Everyone was on the same wavelength, as if they had been working together in this configuration for decades. The fact that they were able to collectively write songs, without any pressures and in an awesome environment, gave wings to these 5 maniacal musicians and got their juices flowing to create something outstanding. Everyone was literally bubbling with ideas and as soon as 7 days later, they had written eight roughly structured songs, building a foundation for a powerful and melodic Power Metal record!

Yet what good can awesome songs do without a voice to carry them? After a few considerations as to a fitting singer for the band, the newly formed group contacted the US-based Swedish expat “Urban Breed” (ex-TAD MOROSE, ex- BLOODBOUND, TRAIL OF MURDER). After exchanging just a few emails and samples, the answer was loud and clear: “Ok, I’m in, if you really want it! After a short wait, he submitted his first song ideas which fit in with the existing songs seamlessly. 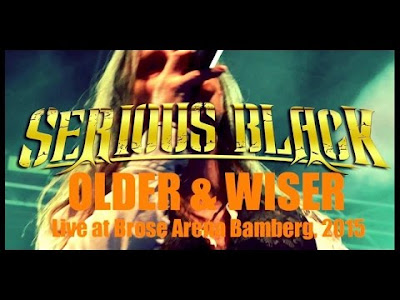 Todays tune "Older & Wiser" is taken from the debut album "As Daylight Breaks".

Listen to ”Serious Black - Older And Wiser" on Spotify here!