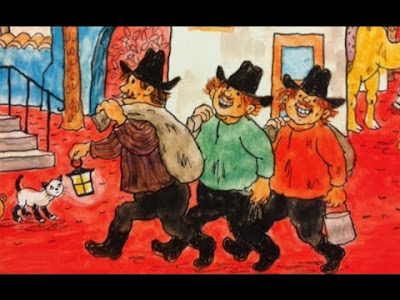 Sunday, time for a classic. Bråvalla festival is now over, it was a weekend with loads of music, a few good and interesting acts played there. Didn't see to much of the good stuff, but a few lika Faith No More, In Flames, Eagles Of Death Metal, Robbie Williams and a few others but there was one band, a really Legendary one, specially if you are Swedish.

The Swedish punk rock band KSMB did a one of exclusive gig at Bråvalla festival, Steppan, Alonzo, Johan Johansson, Peter Vial got up on a stage together. In the Punk Rock scene, they are one of Sweden's most important bands. A concert. Once and for all. For another, but above all for the audience. KSMB was active during 1977 to 1982. The young band members grew up and lived in the working-class suburb Skärholmen outside Stockholm.

Johan Johansson, Mats Nilsson and Pekka Kangas had a band called "Ingenting" (Swedish for "nothing"). Their first and only gig was at Österholmsskolan in Skärholmen. In the autumn of 1977 most of the band members went to Skärholmens Gymnasium and discovered that if you worked with a project, like a band, you wouldn't have to go to all the lessons. "Skärholmens Gymnasiums Punkensemble" was started and, as a lot of people didn't want to go to the lessons, the band got a lot of members. After a chaotic gig in the aula in Skärholmens Gymnasium with 15 band members, of which 5 were singers, the project "Skärholmens Gymnasiums Punkensemble" was over, but the singers Steppan and Alonzo, drummer Johan Johansson and bassist Matte Nilsson continued and became the only constant members of "KSMB," as the new band was called. This abbreviation stood for "Kurt-Sunes med Berit".

Todays tune "Rövarnas Visa" is a song written by Thorbjørn Egner, to the People and robbers in Kamomilla town, which had stage premiere in 1956. The song is about the robbers Kasper, Jesper and Jonathan, that during the night goes to Kamomilla town to steal. Ulf Peder Olrog and Håkan Norlén gave the song the Swedish translation. 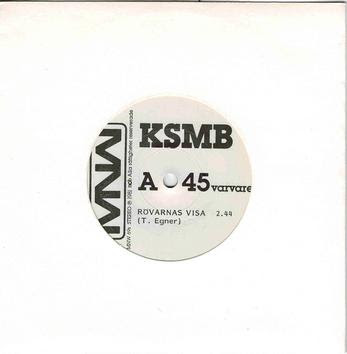