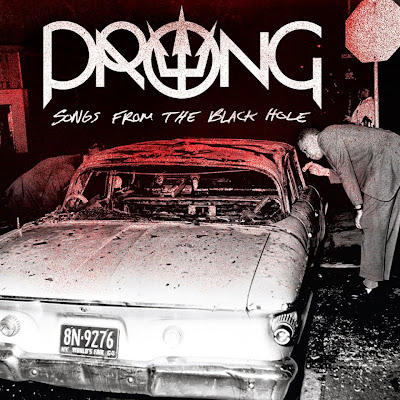 Monday, New week and you guys know the drill by now, it's time to introduce this week's "Record Of The Week"

"Songs From The Blackhole" the latest release from the American metal band PRONG. It's a new album full of undeniable cover versions originally recorded by artists such as BLACK FLAG, BAD BRAING; ADOLESCENTS, THE SISTERS OF MERCY, KILLING JOKE, HüSKER Dü and NEIL YOUNG.

At first I thought, a cover album, do they lack of ideas to create something new??? Well since they released the ninth studio album "Ruining Lives" last year they must have something to offer to their fans.

"Songs From The Blackhole" is an eclectic batch of covers, masterfully recorded by Prong. The album contains 10 tracks that have a pretty wide span of tunes that have influence the band during their years. After a few spins on the record I must say that this is a really fun album, they interpret the songs in an excellent manner and adds their own PRONG mark on the songs. That most cover album are pretty obvious, or that the songs choices are more to please than to satisfy their own choices. It feels like they really have chosen the tune them selfs without been influenced by external factors which I like a lot, maybe I'm wrong, but this what I feel when I listen to "Songs From The Blackhole". It's a great cover album with excellent crossover by PRONG. Give it a spin and tell me what you like, start with listen to today's tune!

To sum this up:

"Songs From The Blackhole" is a excellent and entertaining cover album and will be a perfect party record or a excellent finger drumming on the steering wheel in your car.

PRONG is an American metal band formed in 1986. PRONG had two independent releases, Primitive Origins and Force Fed. The albums attracted the attention of Epic Records, who signed the trio in 1989. The group disbanded in 1997 after the Rude Awakening tour, but re-formed in 2002. To date, they have released nine studio albums, one live album, one cover album, four EPs, one DVD and one remix album. A pioneer of the urban metal scene, Prong is fronted by Tommy Victor. Korn's Jonathan Davis, Demon Hunter's Ryan Clark, and NINE INCE NAILS Trent Reznor all cite PRONG as an influence to their musical style. 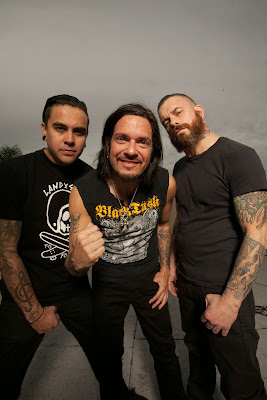 Songs From The Blackhole - Tracklisting: