Symphony X - Without You 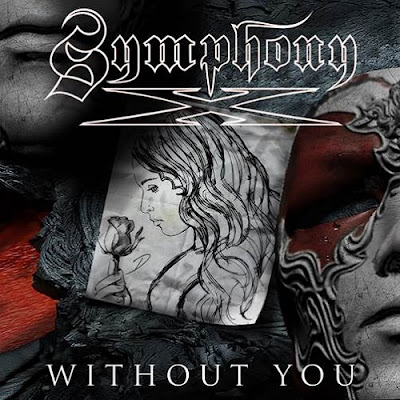 New Jersey’s progressive metal masters SYMPHONY X are set to release their brand new, ninth studio album called Underworld on July 24th via Nuclear Blast Records. The album's first single, "Nevermore," premiered on May 22, 2015, followed by "Without You" on June 19. 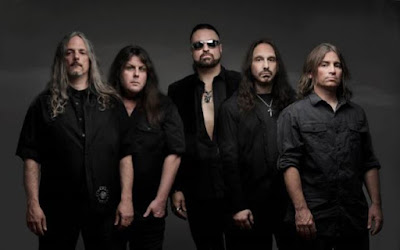 Underworld is not a concept album, Michael stated “like the last couple of records, there’s a theme that carries through, without it being storytelling. We try to find something to key in on and get the juices flowing, and here the goal was to find something a little dark but with emotional content. I started looking at Dante, and Orpheus in the underworld, where he’s going to go to Hades or hell to save this girl. So there’s the theme of going to hell and back for something or someone you care about.” Heavily inspired by the Italian poet Dante Alighieri, Underworld draws on the themes from Divine Comedy most notably the part on Inferno. As homage to Dante’s use of the number 3 and its multiples, the band utilizes this motif in its music either in a lyrical or melodic context. The first song on the album is a three syllable, three note melodic phrase, and in the verses there are three references to three songs on the bands third album, The Divine Wings Of Tragedy. “There’s cool shit like this all over the record,” Romeo reports. 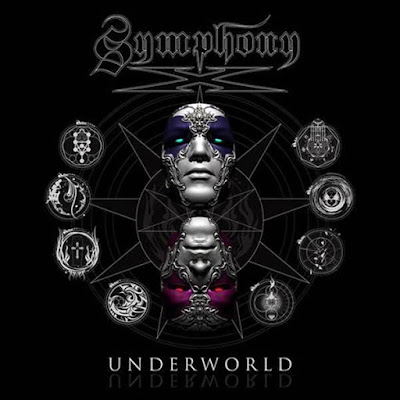 For Underworld’s cover art, SYMPHONY X went with their established illustrator Warren Flanagan (Watchmen, The Incredible Hulk, 2012), who similarly tapped into the “secret knowledge” vibe Michael and band embedded in the record. “Warren went with the masks, similar to the first record,” explains Romeo. “But when I discussed with him Dante and the underworld, he did his own research and designed a little symbol for each of the nine circles of hell. So there are these little geometric symbols that mean something. That’s just what he does. He gets in there and finds these things that maybe no one really besides us knows what it means and yet it has meaning.”

Today's tune "Without You" is taken from the upcoming album "Underworld". Guitarist Michael Romeo comments “’Without You’ is a bit mellower than the first single, ‘Nevermore’, with a big chorus and a sweeping feel. I don’t know if I would call the track a ballad, but it’s a little bit softer, not so much about riff, but more the acoustic and electric interplay. Those two are good single choices, if you will, because they represent what the record is: it’s heavy, but at the same time, there are some of these soaring melodic parts.” The Video made by Tommy Antonini.

Listen to ”Symphony X - Without You" on Spotify here!