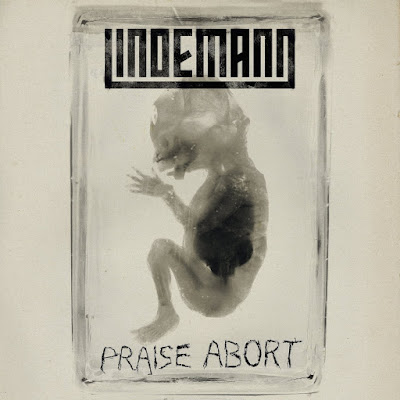 LINDEMANN is a German/Swedish industrial metal band featuring the lead vocalist Till Lindemann of the Neue Deutsche Härte band RAMMSTEIN, along with multi-instrumentalist Peter Tägtgren of the Swedish death metal band HYPOCRISY and industrial project PAIN. On May 28, 2015 the band released it's debut single "Praise Abort", see the video below. A Studio album titled "Skills In Pills" is expected to release on June 23, 2015. 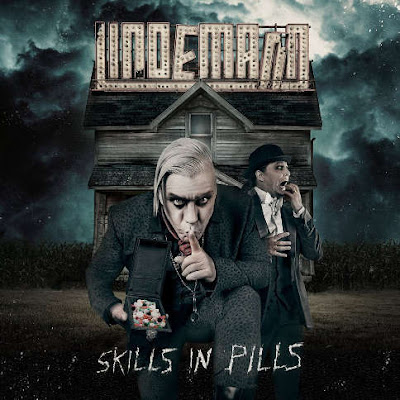 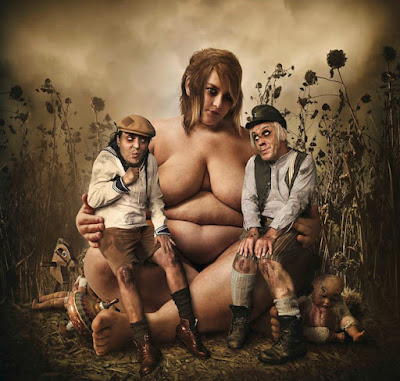 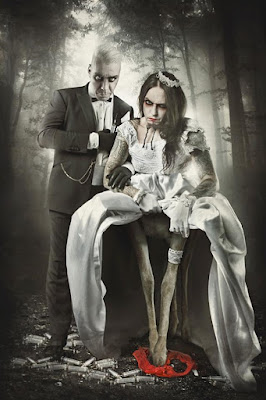 Like all the best stories of death and destruction, the tale of LINDEMANN – the new band featuring Till Lindemann and Peter Tägtgren – begins with a night of total debauchery.

“In 2000 I was in Sweden, where we were mixing the Mutter album,” says Lindemann, familiar to millions worldwide as frontman with Germany’s biggest rock band, RAMMSTEIN. “One evening, our keyboard player and I went out to a biker bar with some girls, but one of the bikers there was the ex-boyfriend of one of those girls and wanted to kick my ass. He had a lot of friends with him, so we thought we were doomed – but then who should walk into the bar but Peter Tägtgren? He told them that we were cool guys, and not to beat the shit out of us...”

Tägtgren and Lindemann soon became friends – and the next time the RAMMSTEIN frontman returned to Sweden, the two stepped up their game when it came to partying. Lindemann recalls: “Next time I met Peter, we had a Chinese meal together. We had a really nice dinner and afterwards we were really full. Then I said, ‘Let’s drink some Jägermeister’...”

“Till fucked me up!” Tägtgren remembers. “He kept saying to me, ‘Just one more shot...’ until I vomited over the bar into the ice machine. Then they threw me out, still puking everywhere.”

“After that, we had a candle competition,” says Lindemann with an evil smile. “We had a bet about how long we dared to hold our arms over the flame of a candle. I said to myself, ‘I’m going to beat you, pussy!’, lit a cigarette and smoked while my arm burned. I could smell it. I had a scar for the next two months...”

And so LINDEMANN, the band, was born. With a genesis as vivid as this, it’s little wonder that the debut album Skills In Pills is one of the most gripping releases of the year – and the darkest. Thanks to the RAMMSTEIN singer’s often hilarious, sometimes utterly filthy lyrics, plus Tägtgren’s super-modern studio skills and instrumentation, it’s a set of 10 songs like no other.

Albums like this don’t come along often: violent, visceral and courageous, Skills In Pills is a listening experience like no other. The final revelation is that this album was never meant to happen: it was only ever supposed to be a throwaway collaboration between two friends. As Tägtgren explains: “This is the result of a year of fucking around with sounds! We had no idea that we’d go as far as releasing an entire album, but this thing has just got bigger and bigger.”

The twisted product of two uniquely creative minds, Skills In Pills is your new medicine. Take it now.

"Skills In Pills" will be made available in the following formats: 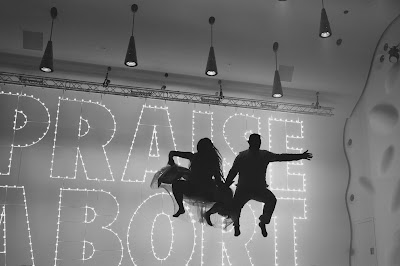 Todays tune "Praise Abort" taken from the upcoming debut album "Skills In Pills". Once again will Till Lindemann try to shock the world.