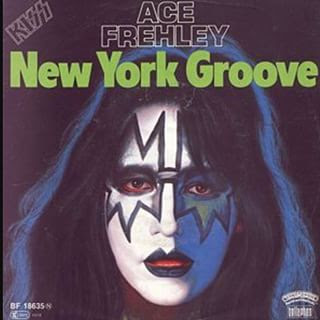 Sunday, time for a classic. As Ace Frehley did a nice visit at Gröna Lund a few days ago I thought it would be nice to play a tune that he is behind even if he didn't write it. The show was clearly above expectations and I was quite happy when I went home. See the setlist below. 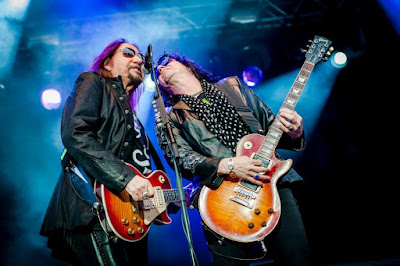 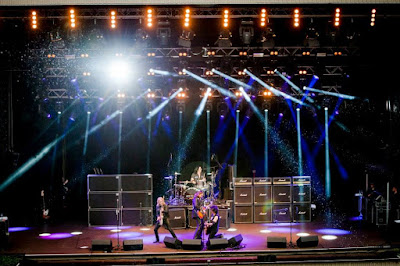 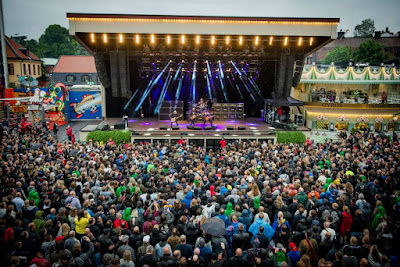 "New York Groove" is a song written by Russ Ballard and first recorded by The British glam rock band HELLO in 1975 for their debut album "Keeps Us Off the Streets" and later by Ace Frehley in 1978.

Ace Frehley recorded the song for his solo album released in 1978. Frehley, like the other then-current members of KISS, recorded and released a solo album. Released as a single, this song made it to No.13 on the American Billboard Hot 100 late that year, by far the highest charting single from any of the KISS members' solo albums. "New York Groove" was performed on KISSs tours of 1979 and 1980, and became a staple of Frehley's shows during his solo tours in the 1980s and 90s, and again during the Reunion Tour when he rejoined KISS in 1996.

A live version of the song can be found on the Japanese version of the 1996 album You Wanted the Best, You Got the Best!! (and the U.S. vinyl version) recorded in Sydney, Australia in 1980 which would also make it one of the few live recordings released by the group to feature longtime drummer Eric Carr. Ace Frehley once told Rolling Stone magazine that his unique take on the song was inspired by his experience with hookers in New York City's pre-Rudy Giuliani Times Square.

Todays tune is with KISS performing "New York Groove" under the Brooklyn Bridge in Brooklyn, in 1996, for the Reunion Tour.


Setlist from the Gröna Lund Show:

Fantastic Concert! Ace Frehley played very well we got "Rock Soldiers" but I miss "Into The Night", "Talk To Me" and "Trouble Walking".

I wrote an article about SRF 2015 with Ace Frehley among others on my blogg.