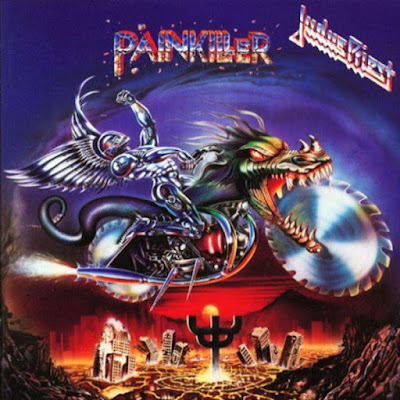 "Painkiller" with JUDAS PRIEST have got allot of attention the last two months, I believe I have played this record almost 50 times and I never get bored with it, so that have to mean something.

"Painkiller" got released on September 3rd, 1990. "Painkiller" is the twelfth studio album. It is the last JUDAS PRIEST album to feature lead singer Rob Halford until his return for the 2005 album Angel of Retribution and the first to feature drummer Scott Travis, who replaced long-time drummer Dave Holland in 1989. Travis was previously a member of Los Angeles band RACER X.

Following the tour for this album, singer Rob Halford left the band in May 1992 and maintained little contact with his former bandmates throughout the 1990s. The reason for this was growing tensions within the band, as well as Halford's desire to explore new musical territory by creating a new band of his own, FIGHT, which forced him to legally leave JUDAS PRIEST to allow this creation to be sold. JUDAS PRIEST remained inactive for several years after Halford had left. However, the band would eventually re-vamp, record, and tour, recruiting new singer Tim 'Ripper' Owens in 1996, who would perform on the studio albums Jugulator and Demolition. 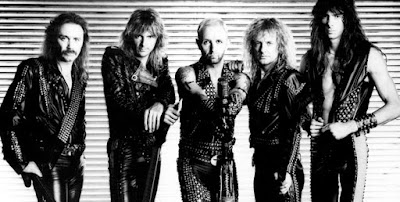 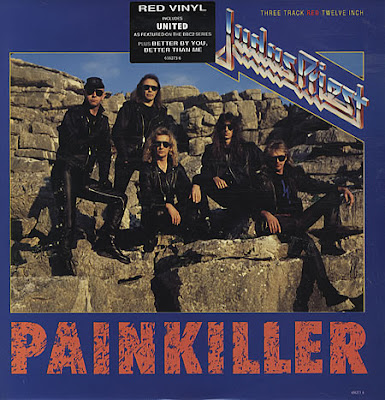 "Painkiller" is a real classic in my ears. It's JUDAS PRIEST heaviest release, an pure metal masterpiece. It's an album were every song is strong. It's intense album with allot of energy, sweat, with many memorable riffs and leads from Glenn and K.K. Insane drumming by Scott Travis and Halford's vocal is at it's best. The lyrics is the only weak point, they are pretty cheesy and silly, but that's fine by me, they aren't that bad, funny, oh yes. The sound is very good, one of JUDAS PRIESTs best sounding albums.

Summary: You really need "Painkiller", if you do not already have it, of course (: