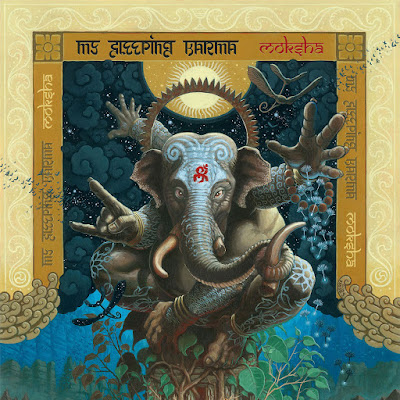 The Germans MY SLEEPING KARMA never fail to create an unique and hypnotic score of epic proportions that is bound to send the listener on deep mental journeys. On their fifth album Moksha, the instrumental groove rockers show us their most varied side: blusterous waves of riffs embrace fragile melody lines, Eastern mysticism has its place and ghostly sound shivers lead eternal rhythms to new horizons.

Yes, this word is abused way too often these days – but MY SLEEPING KARMA are pure magic. 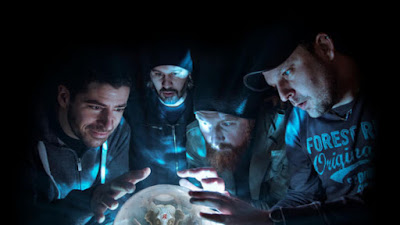 MY SLEEPING KARMA began during the summer of 2014, after their appearance at the Summer Breeze festival to the work on their fifth album. The title song was created from a piano lick. The recordings started on December 7, 2014 and took place once again in Mjusix studio in Aschaffenburg, same studio were they recorded "Soma", the recordings were finished in the of January 2015. The album was produced by drummer Steffen. The album cover was designed by Sebastian Jerke.

While the world of dreams has been displayed on the previous album. Moksha is more focus with the reality. In the Indian religions Buddhism, Hinduism, Jainism and Sikhism, Moksha means liberation or salvation and is the final goal in life. On the album cover, the four aims in life are represented as bridges that become roots. These roots form a wooden temple where Ganesha prevails.

Todays tune "Prithvi" is the first track on their new album "Moksha". This video is based on an animation which is talking about death, transition into mental world and reincarnation.

Listen to ”My Sleeping Karma - Prithvi" on Spotify here!