Coverdale/Page - Take Me For A Little While 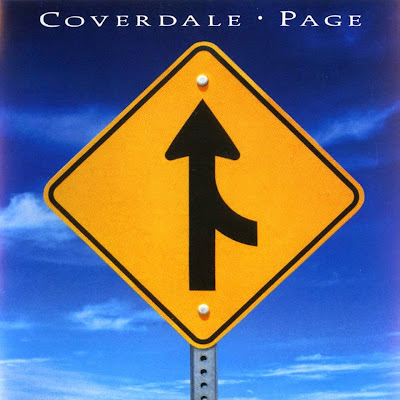 Time for another DUO, but today we leave the term "Power DUO" and play a Rock DUO instead, do you remember the difference between them? Well todays DUO is where two men are combining their experience and create something that sounds like both worlds, really good actually. 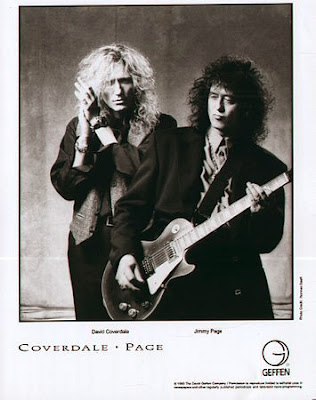 We hear Whitesnake but in a light Led Zeppelin touch. The sound of this album was the John Bonham-influenced and former Montrose drummer Denny Carmassi.

The project between the two artists commenced in 1991 at the suggestion of American A&R executive John Kalodner, as both artists were signed to Geffen Records at the time in North America. Their debut album, Coverdale/Page was released on 15 March 1993, reaching No. 4 in the UK and No. 5 on the US Billboard 200 chart. Five singles were released to promote the album: "Pride and Joy", "Shake My Tree", "Take Me for a Little While", "Take a Look at Yourself" and "Over Now".

It has been rumoured that Page collaborated with Coverdale in order to irk Page's former Led Zeppelin bandmate Robert Plant, who up to that point had been reluctant to reunite with Page. In interviews at the time, Plant expressed some derision at the guitarist's collaboration with Coverdale.

An American arena tour was planned for the summer of 1993, but after sluggish ticket sales the tour was scrapped in favour of a series of concerts in Japan, after which the partnership was dissolved. Page subsequently teamed up with Plant for an "UnLedded" MTV project and Coverdale returned to Whitesnake.

According to David Coverdale, the traffic sign shown on the cover of the album signified "two roads joining to one road. Try to express unification or joining together." 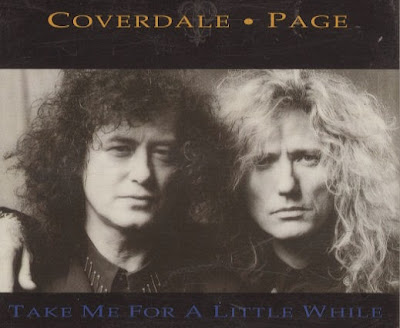 Todays tune ”Take Me For A Little While” is taken from the self titled album "Coverdale/Page", released by Geffen Records on 15 March 1993.

Listen to "Coverdale/Page - Take Me For A Little While" on Spotify here!