The Drippers - Time for Some Action 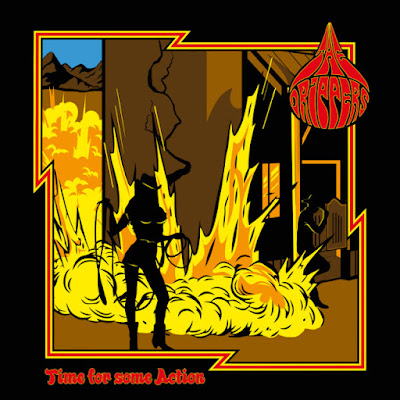 Swedish action-rock trio THE DRIPPERS, hailing from Gothenburg have released their new single ”Time For Some Action”. THE DRIPPERS is influenced by the shitty Rock N Roll of classic bands like THE NEW BOMB TURKS, GLUECIFER, THE HELLACOPTERS, TURBONEGRO and THE STOOGES.

THE DRIPPERS brings you the dirty high octane garage punk ’n’ rock where the new single ”Time For Some Action” is the first taste of THE DRIPPERS’ upcoming sophomore album, which follows their acclaimed 2019 debut "Action Rock". 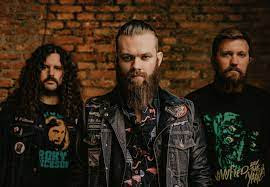 THE DRIPPERS did a lot of rehearsing, pre-producing and writing prior to entering Sunlight Studio to record thier second album. "Time For Some Action" was just an idea we had started jamming on a couple of times, but in the car going to the studio William said "we're gonna record it for the album". So when they rehearsed and arranged it in the studio with Tomas Skogsberg (aka the Overlord of distortion) and recorded it while still learning the song. It always gives an extra edge to do it that way, you just let your instinct take over. It had a good groove and a commanding title, so it felt appropriate to choose it as the first single. Last in, first out! Boogie!

Today's tune ”Time For Some Action” taken from the upcoming new album and the single is out now on all streaming platforms via The Sign Records. Music video by Max Ljungberg, maxljungberg.com, enjoy!

Listen to ”The Drippers - Time for Some Action" on Spotify!