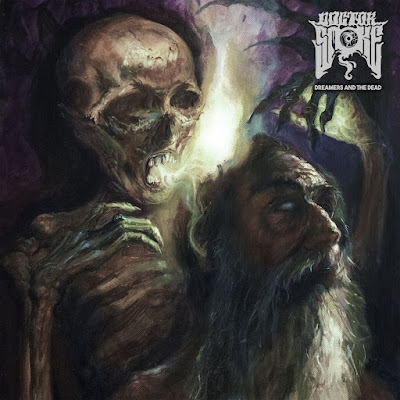 Monday, a new week and it's time for us to present "Record Of The Week".

The Ohio rockers DOCTOR SMOKE is a new discovery for me, but after a spin of the new album "Dreamers And The Dead", I just screamed hell yeah, finally something really good in the stream of thousands of releases! This is high fueled classic heavy metal in the best possible way, a real slap in the face!

"Dreamers And The Dead" is the second album release by the band, seven years after their debut "The Witching Hour". DOCTOR SMOKE plays an eclectic mix of styles, where classic heavy metal is the base, mixed up with some Occultish hard rock, NWOBHM, dark heavy rock and melodic metal that the band mixes between during this ride over 10 marvelous tunes that clocks in at almost forty three minutes. The album was Mixed by Mike Ofca at Innovation Studios, Steubenville, Ohio. Mastered by Tony Lindgren at Fascination Street Studios, Örebro, Sweden. Cover art by Adam Burke. 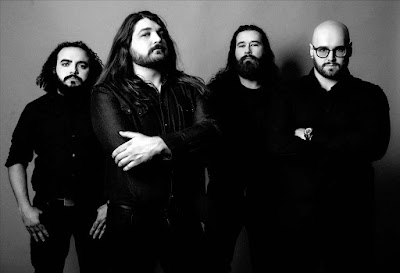 DOCTOR SMOKE is:
Matt Tluchowski - Vocals/Guitar
Steve Lehocky - Lead Guitar
Jeff Young - Bass
Cody Cooke - Drums
"Dreamers And The Dead" is a really nice ride where the four-piece Ohio rockers servers us some infectious songcraft. The vocalist and guitarist Matt Tluchowski has a great voice with a good range and vibe. The lead guitarist Steve Lehocky adds some excellent riffing and hooks. The bass licks are mixed well and are nice executed by Jeff Young that works well with the drummer Cody Cooke’s fills and well played drums.

The album opens up with "Reborn Into Darkness", and gives us a mix of 70's hard rock with a modern feeling. The following tune "These Horrid Things" is a lovely piece with some fuzzy guitars and some marvelous solos. Somehow Alice Cooper comes to mind, dunno why but the end result is really good. The tempo slows down a notch when "Waking Dreams" takes on. Feels at the start more to a standard filler until halfway true where the magic happens and the guitars are let loose free on the highway. Excellent playing by the lads. "Out Of Time" is back on track again with some more classic metal where the time zone could be somewhere in the eights. "Been Here Forever" is a really catchy and groovy piece, love it. "What Lies Beyond" follows up in a softer way, heavy bass, light guitar riffs, powerful vocals, and a really cool mid-part with some old-school progressive vibe. "Dreamers And The Dead", time for the title tune to make its entrance, high fueled metal, catchy and doomy. "Vexed" is a groovy rocker, where MASTODON echos in the atmosphere. "The Rope" follows the same path, feels modern but catchy, light progressive guitar playing with an Eddie Van Halen wailing. The album closes up with "This Hallowed Ground", a great rocker that summons up all the turns we have got served during this ride with DOCTOR SMOKE. The tune has some really nice guitar work, cool tempo changes, great vocals, and a marvelous rhythm section that ends this album really well. DOCTOR SMOKE really shows some great musical craftmanship and songwriting skills. There is not a bad thing about the album at all, the only downside is the band name, hey DOCTOR SMOKE, you guys could at least come up with something more clever. Anyway, this is an album that I highly recommend giving a listen to.

Sum: "Dreamers And The Dead" is a great Dark Heavy Metal album. 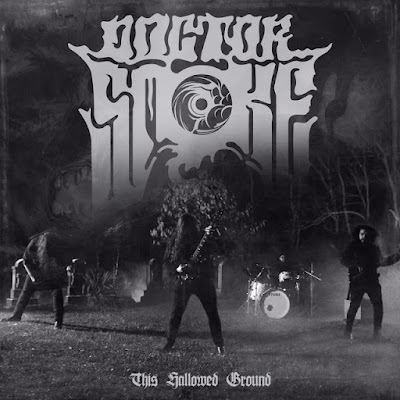 Today's tune "This Hallowed Ground", taken from "Dreamers And The Dead", released September 3, 2021, through Ripple Music.

Listen to ”Doctor Smoke - This Hallowed Ground" on Spotify!