Tears For Fears - The Tipping Point 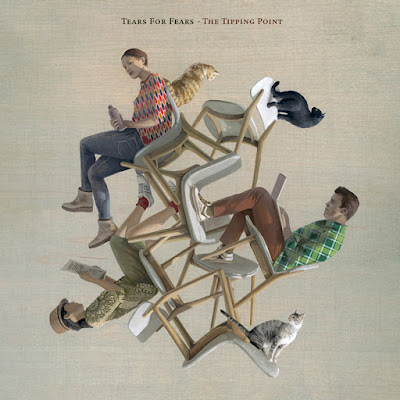 Some 40 years into one of music’s most impactful partnerships, TEARS FOR FEARS have arrived together at "The Tipping Point" – the group’s ambitious, accomplished & surprising first new studio album in nearly 2 decades. 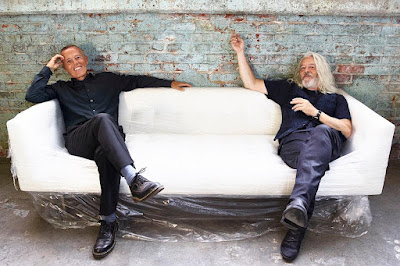 TEARS FOR FEARS are an English pop rock band formed in Bath, England, in 1981 by Roland Orzabal and Curt Smith. Founded after the dissolution of their first band, the mod-influenced GRADUATE, TEARS FOR FEARS were initially associated with the new wave synthesizer bands of the early 1980s. Later, the band branched out into more mainstream pop and attained international chart success. TEARS FOR FEARS were part of the MTV-driven Second British Invasion of the US.

"The Tipping Point" is an upcoming album by TEARS FOR FEARS, set to be released on 25 February 2022. It is the seventh studio album by the band.

Tracks on the album include "The Tipping Point", which was released with a music video in October 2021, see it below, as well as "My Demons", "Please Be Happy", and "Stay". "Stay" was previously released on the group's 2017 compilation "Rule The World: The Greatest Hits". Track lyrics were inspired by the death of Roland Orzabal’s wife in 2017.

Pre-order the new album "The Tipping Point" at: https://found.ee/TearsForFears_TheTippingPoint

Today's tune "The Tipping Point" is the title tune from the upcoming album, where the new single cycle that vividly recalls the depth & emotional force of the group’s earliest triumphs. The music video for the tune was directed by Matt Mahurin. Enjoy!

Listen to ”Tears For Fears - The Tipping Point" on Spotify!