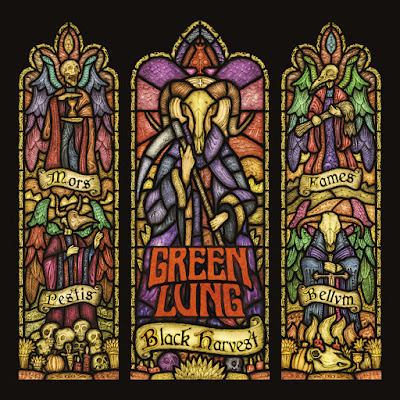 Monday, new week and it's time for us to present this weeks "Record Of The Week".

This London-based five-piece heavy rock band GREEN LUNG, released their debut album "Woodland Rites" in 2019, read the review (https://tuneoftheday.blogspot.com/2019/04/green-lung-woodland-rites.html) and have been praised highly here at Tune Of The Day. A band that has been denied to tour around the world and support their debut album, they just had to sit this over and during that time they worked on how to make a greater follow-up record, "Black Harvest", now it's here, steaming fresh directly from the press. Serval spins over the weekend and I'm completely floored. "Woodland Rites" was a remarkably good record, with "Black Harvest" we get everything from the previous one and some more, well thank you, this is even better than its predecessor, across its forty-three minutes and ten tunes the band serves us heavy rock with classic 70s psychedelia with some SABBATH infused riffs in a bigger and more epic atomsphere, marvelous harmonies with a more sharper and deeper picture, all this is perfectly balanced and I can only lift my hat and say thank you!. Excellent mixed by Wayne Adams. Recorded at Giant Wafer Studios and St Padarn's Church, Llanbadarn Fynydd 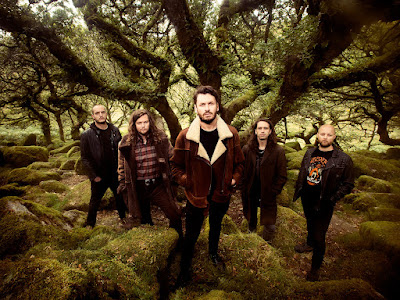 The album opens up with an introductory number in "The Harrowing", an occultist spoken word from a priest standing in the deep forest of England. Slowly it builds up in an atmospheric and bombastic intro that makes up the field for the "Old Gods" to enter the scene. Huge riffing by Scott Black and big powerful rhythm section signed bassist Andrew Cave, organist John Wright, and drummer Matt Wiseman along with the unique vocals by Tom Templar. Followed by another powerful tune "Leaders Of The Blind", standout organs, big riffs, catchy melody, and an amazing guitar solo peaks this track. "Reaper's Scythe" serves is with some beautiful guitars in the intro that transformed into a real heavy stomper with a lot of energy that bursts out from every conceivable corner. "Graveyard Sun" is another beauty that with its laidback, softish start shows its fragile side, which is incredibly beautiful. The tune changes shape a bit here and there, where the cork on the bottle blows and the tempo increases but soon returns to the slightly more withdrawn way. The title tune "Black Harvest" follows the same path as the intro and gives us a powerful instrumental jam. Heavy riffing opens up "Upon The Altar", marvelous guitar playing with a doomish but still yet very fresh sounding. "You Bear The Mark" is a very melodic piece where the beginning part almost gives a wink to the Swedish GHOST. "Doomsayer" follows the same road, magic organs, heavy riffing that almost reminds me of later PURPLE, marvelous vocals. The album ends with an elegant piece of "Born To A Dying World" that wraps up this grandiose monster of a release. With masterly handed songwriting, I'm very impressed with the end result, and it glads me to see that GREEN LUNG has a bright future ahead. And just like with "Woodland Rites", "Black Harvest" will earn its spots on the best-of lists when it's time to summon up the year.

Sum: If there is anything to worship these days then "Black Harvest" could be the best option. 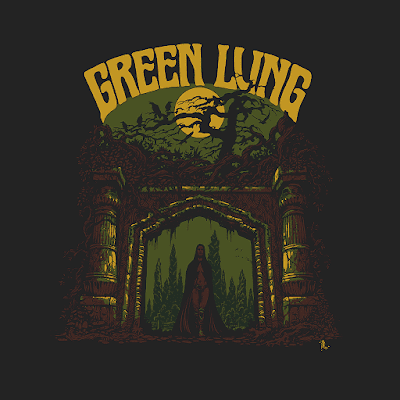 Listen to ”Green Lung - Don't Stop Me Now" on Spotify!